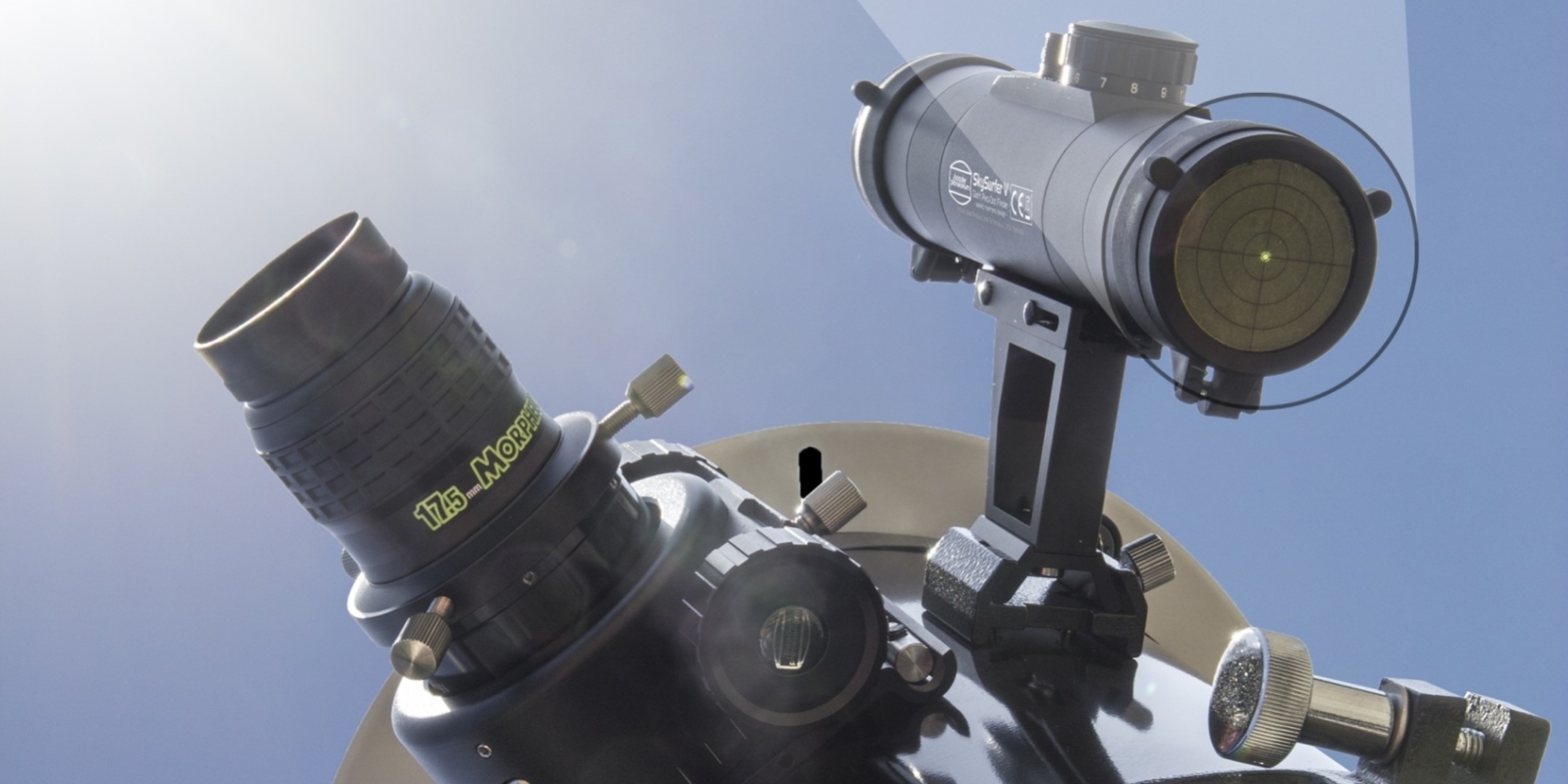 The Baader Sky Surfer V is a very well designed and built zero power red dot finder which was originally for military use, but it is a very popular accessory upgrade for astronomy. It features fully multi-coated lenses which provides increased light transmission for a brighter image, a bright and highly visible illuminated red dot reticle for use in daylight (but which is also dimmable for night time use), good eye relief and it can be used with both eyes wide open. The finder comes with a mini-dovetail stalk to allow it to be mounted onto most Celestron, Sky-Watcher and Vixen finder bases, and a Baader Standard Base to mount on other telescopes. You can find more information about Sky Surfer V here. 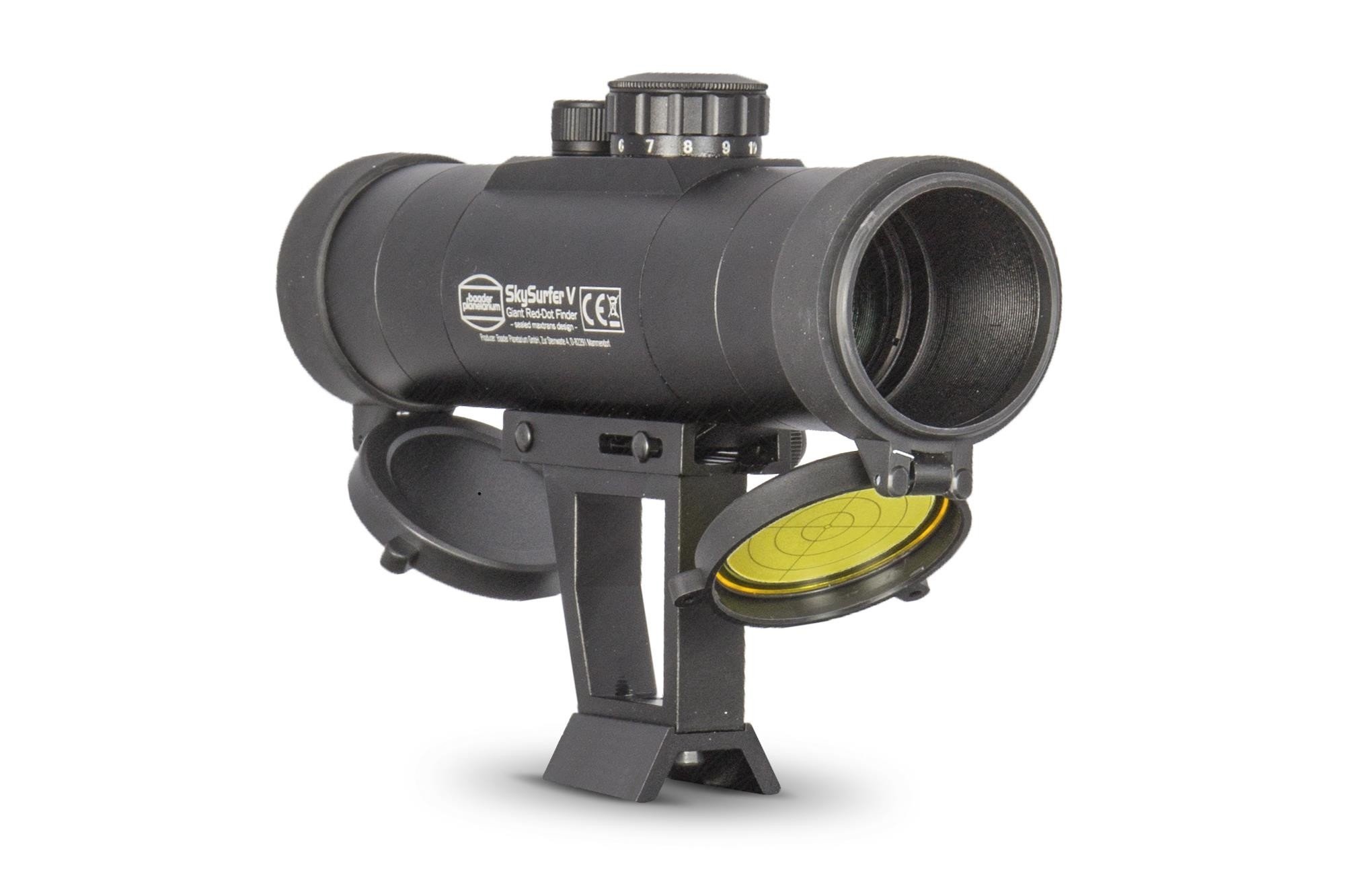 What is also included as standard in relatively recent models are front and rear jump covers. These can be seen attached to the Sky Surfer V at the front and rear in the image above. Apart from acting as “dust covers”, these also serve another useful purpose: to turn the red dot finder into a Solar finder! 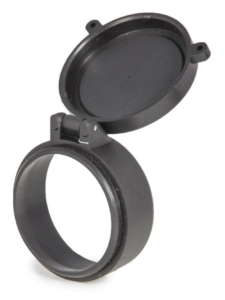 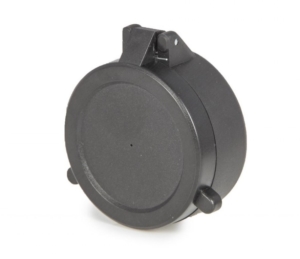 Sky Surfer V Jump Cover for the Front in close position. The 0.7mm hole can be seen in the centre of the closed cap.

The front jump cover features a central 0.7mm diameter (1.5 minute of arc) hole, to act as a vent for trapped moisture release when the cover closed after use, and also to work as daylight pinhole projector. 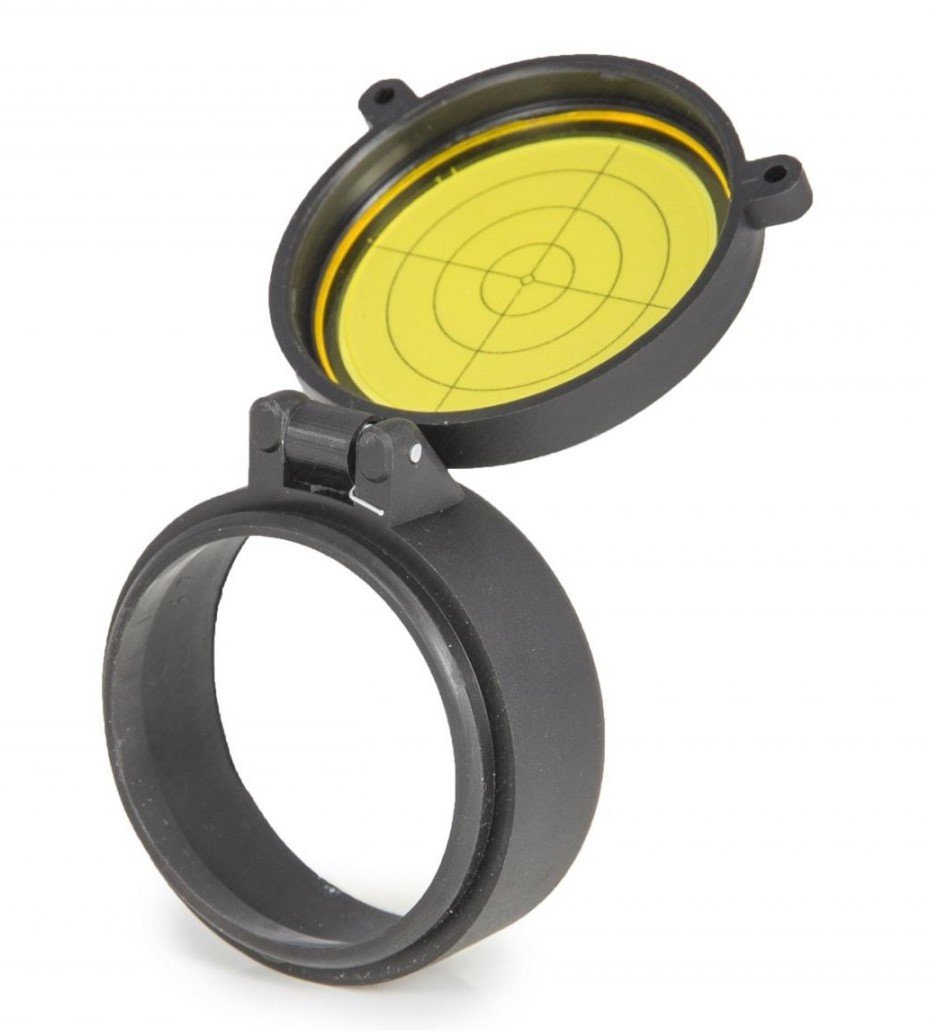 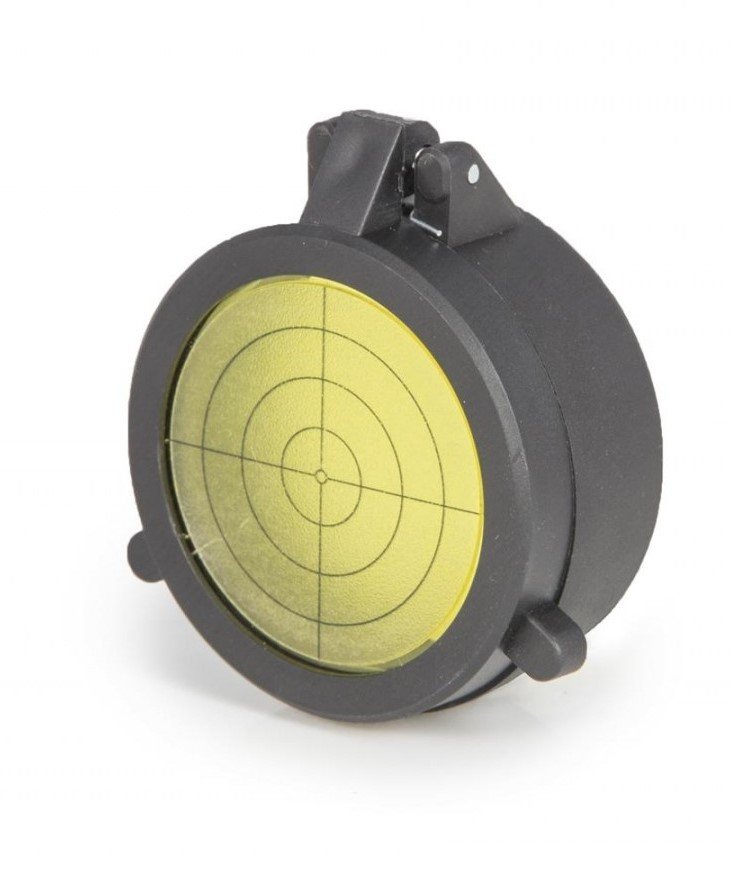 The rear jump cover features a 40 mm yellow UV-blocked window with integrated reticle with a 2 minutes of arc central target circle to “catch” the solar image projected by the front cover’s centre hole.

Both covers simply slide on the ends of the body of the finder. The image below shows the Sky Surfer V in action during a solar observing session. Please be aware that you MUST cover your main telescope’s optics with a suitable Solar filter for solar observing or imaging. 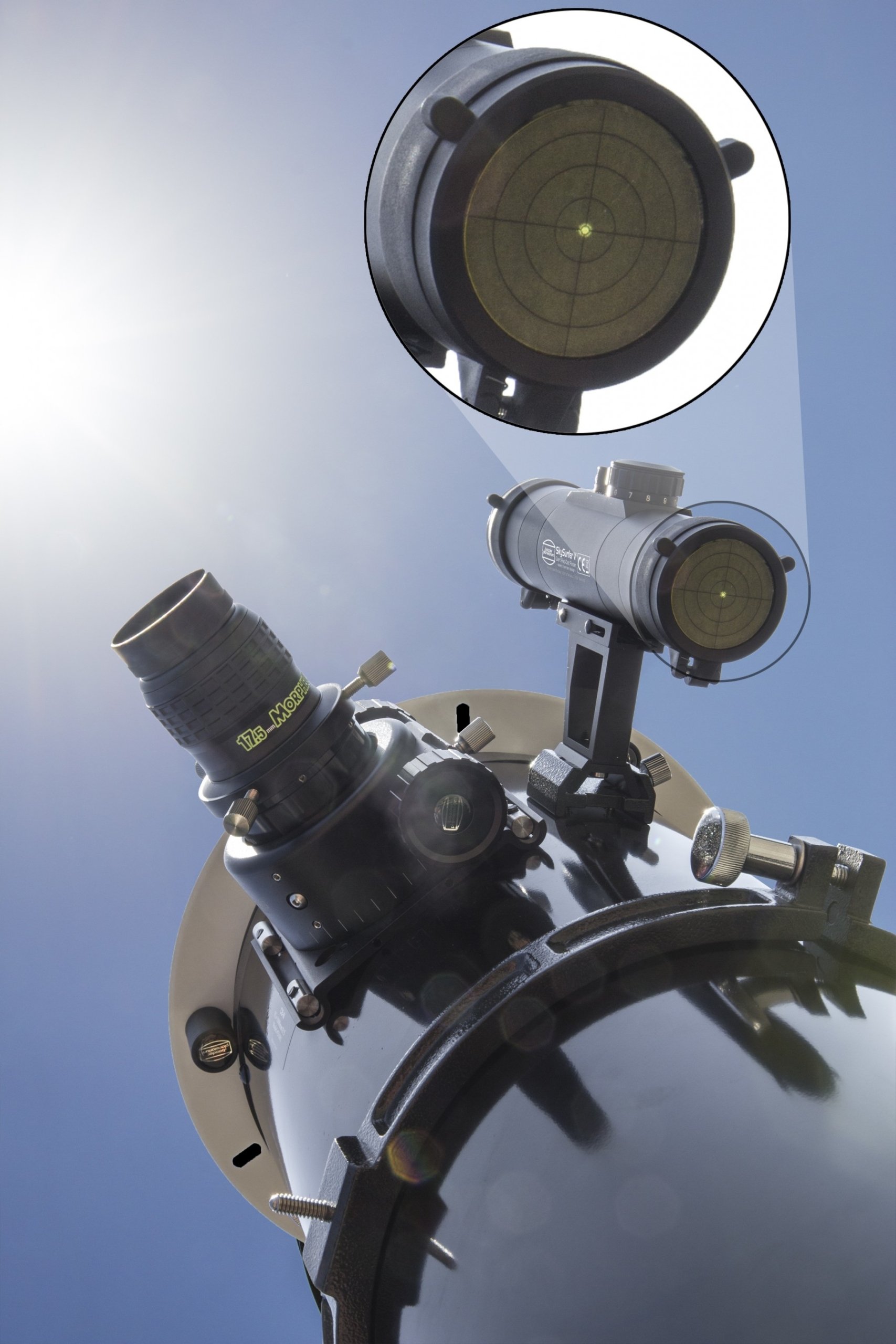 So if your Sky Surfer V was an earlier model that did not come with these jump caps, or if you have lost or damaged the ones you have already, you can purchase these front and rear covers from ourselves and turn your Sky Surfer V into a Solar finder.