The Transit of Mercury Is Coming! 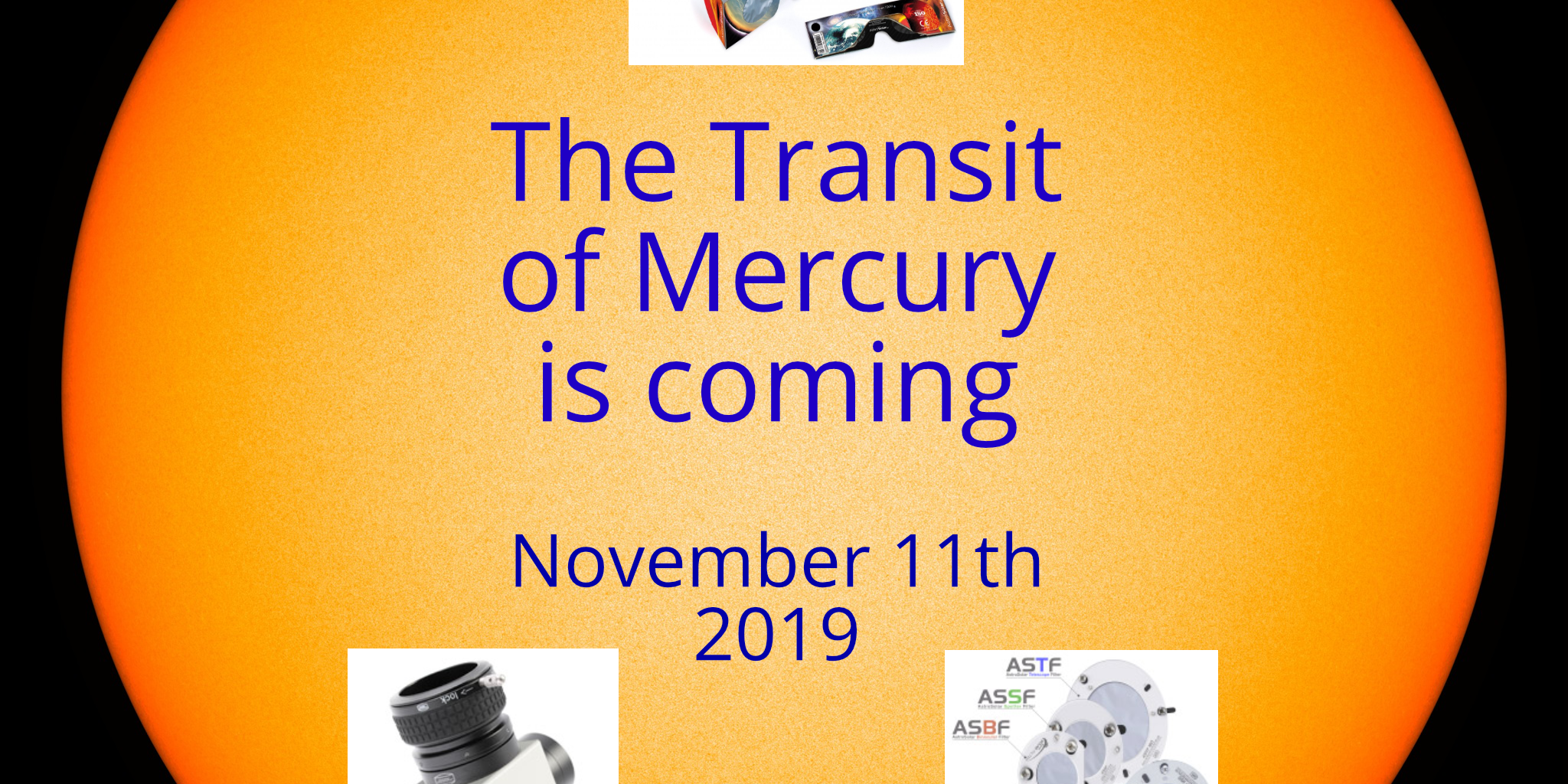 There is not to go before the Solar System’s innermost planet, Mercury, will cross the face of our Sun around lunchtime on Monday 11th November. Mercury’s transit will begin around 12:35h GMT. The time of greatest transit, that is when Mercury “is near the middle of Sun” is around 15:19hGMT, and the transit event ends around 1804h GMT. However on that day, the Sun sets around 16:15h GMT for the UK so we won’t be able to see the end of this event.

The image below shows the approximate path of Mercury across the Sun and the times of 1st contact, time of greatest transit and the position of Mercury on the face of the Sun at sunset here in the UK. 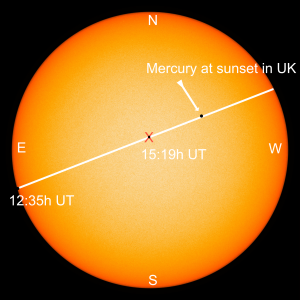 Note: As the Sun is “involved” with this celestial event, great care needs to be taken to observe and image the transit.

For safely viewing or imaging the transit of Mercury there are a number of products from Baader Planetarium that can be used. Some are listed below and more can be found here.

We’ll cover more on the transit of Mercury, the products available for such an event and how they can be used over the coming weeks.

Finally, as Mercury’s transit takes place around lunchtime for a few hours, its a good excuse for an extended lunch break!!