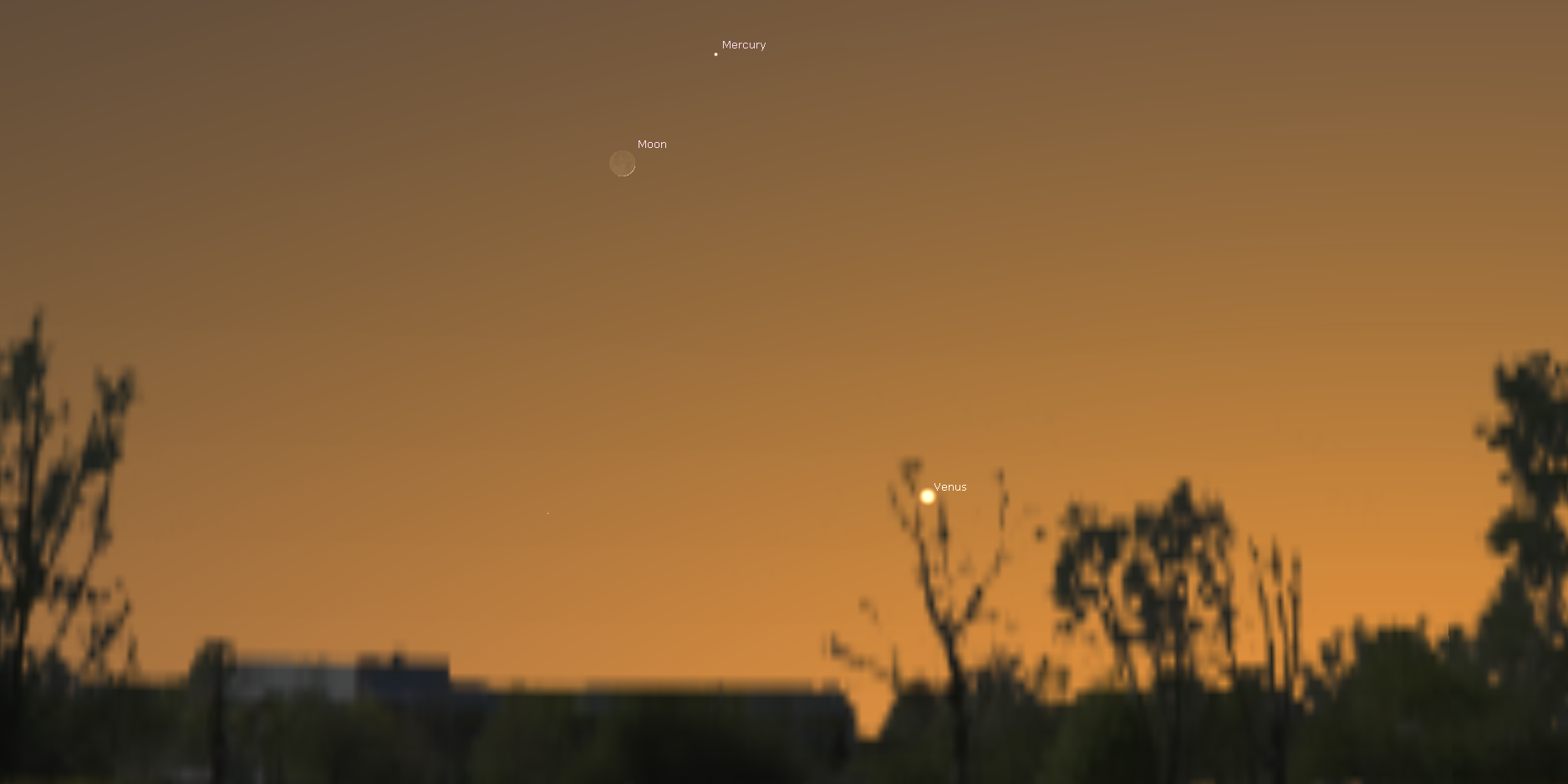 Its hard to believe that a year has gone by since Venus seemed to be around for ages and was riding high in our evening sky during the late winter and spring months. This year, after its superior conjunction on March 25th 2021, Venus will once again start to become part of our evening sky (which makes observation of the planet more “convenient” for many than when it is an early morning object) until towards the end of the year. Unlike last year’s evening appearance, for many locations this coming “visit” the planet will not be as high in the sky and having a low and or flat western horizon would be beneficial. However Venus, which is similar in size to our Earth but has a temperature of ~450 degrees and a crushing atmospheric pressure ~90 times that of our own planet, is always worth pursuing visually or photographically if you can.

As April progresses, Venus becomes more visible in the evening sky and where it appears in the sky will depend on your location. One upcoming event to keep an eye occurs on 25th April. After sunset low in the north west horizon -1.5 magnitude innermost planet Mercury will be ~1.2 degrees away from its Solar System neighbour Venus which will be shining at -3.8. This encounter will be a nice sight in binoculars and low power short focal length telescopes. This also an ideal photo opportunity too! 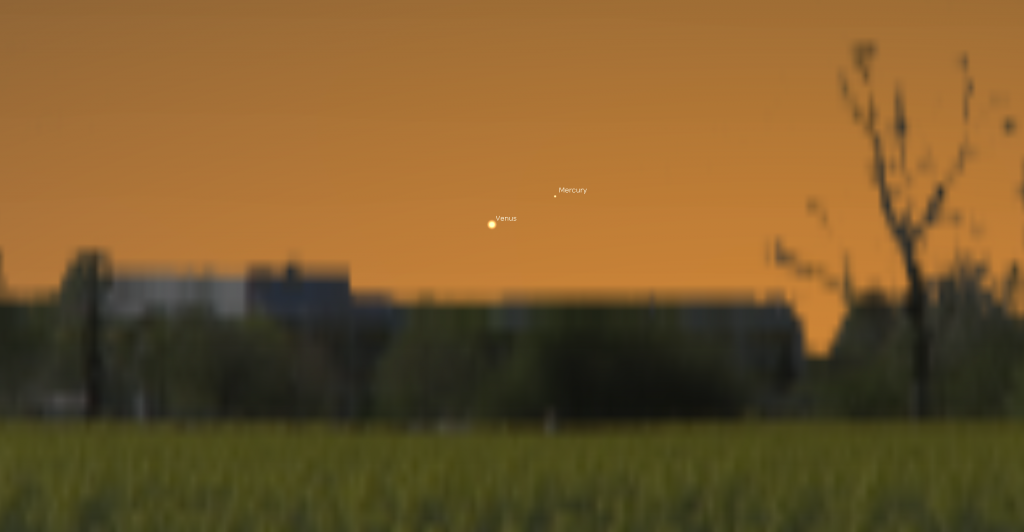 Venus, the crescent Moon and Mercury low in southwest after sunset on 13th May 2021

There will also be crescent Moon-Venus encounters on the evenings of 11th and 12th June when the Moon will be below right and then above left of Venus respectively.

On the evening of July 12th Mars will be close-by and below left of Venus with the crescent Moon nearby.

If you want to capture these events mentioned above, a DSLR or Mirrorless camera with lens mounted on a tripod is all you need. The focal length of lens you use depends on how much of the foreground landscape scenery you want to capture and how “up close” you want to get. However anything from a medium to a zoom telephoto focal length lens can be used. You will need to set the lens at infinity and experiment with exposure times for the sky brightness, lens aperture and camera ISO being used. A tripod to support your camera gear while photographing these events is recommended. The Baader Astronomy and Nature tripod is an ideal sturdy tripod to carry your camera (or spotting scope) gear up to a total of 3kg. It features quick easy removable mounting plate, a fluid head with locking handles for smooth altitude and azimuth movements and extending legs with rising central column for tripod height adjustment up to a maximum of 1.89m. 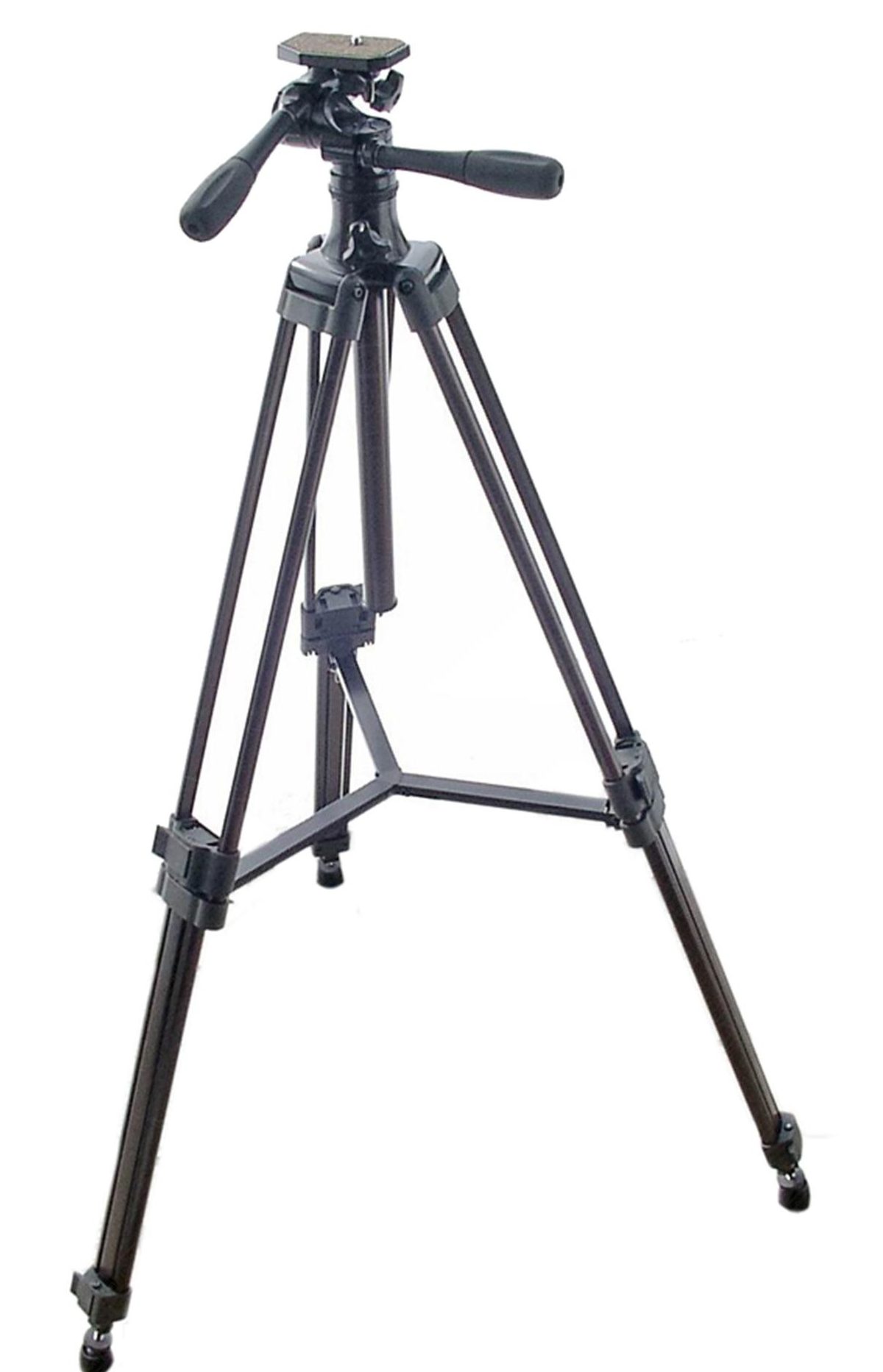 Venus will not be as large in the sky as it was last year when it reached a maximum size of ~23″. This time around it will go from just under 10″ near the end of April where it will be ~99% illuminated, to just over 12″ near end of July with ~82% illumination. During August its apparent size will increase slightly to ~14.5″ and 75% illuminated, but by this time it will be heading towards the horizon making viewing a little more difficult. How will Venus appear through the telescope? Below are two simulated views (from Stellarium) through an 8″ SCT using a 6mm Baader Classic Orthoscopic eyepiece. The top view is around end of April and the lower image would be how Venus would appear near end of mid-late August showing its gibbous phase. 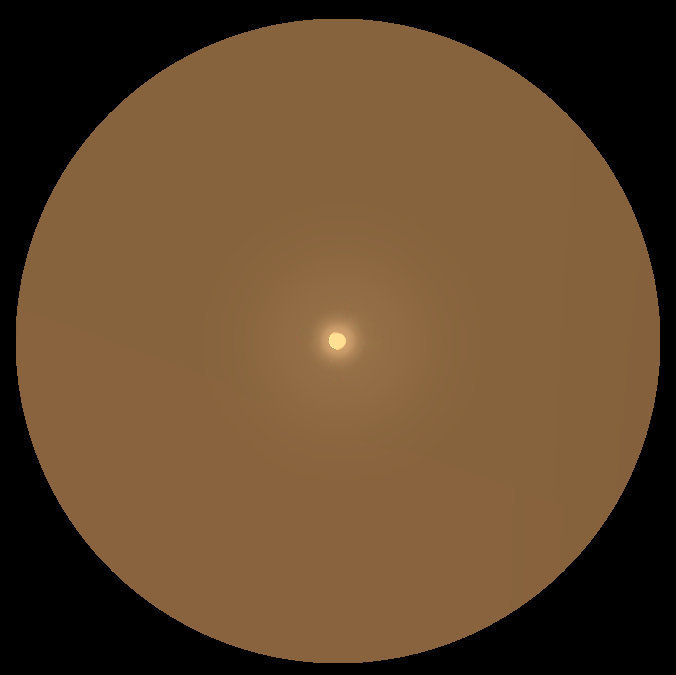 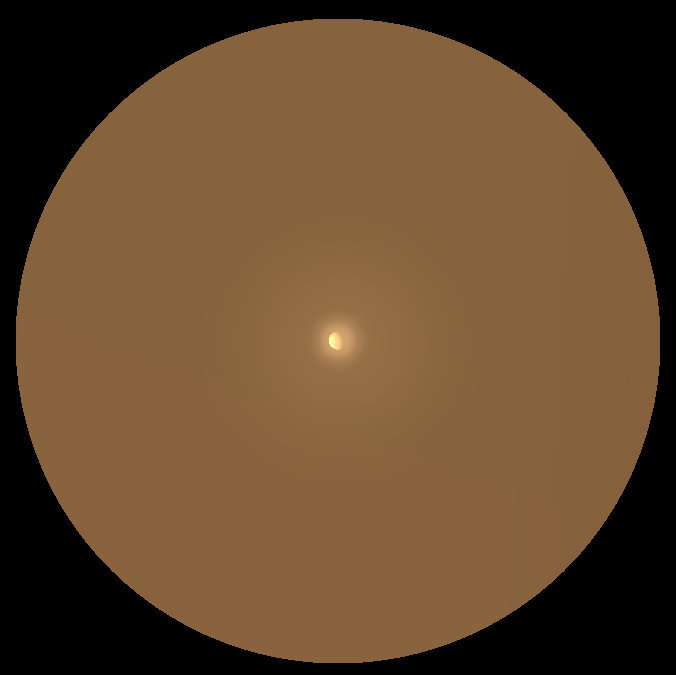 Venus will exhibit a crescent phase as the year draws to a close and it will appear larger in a telescope than earlier in the year but will be lower in the sky. The image below shows Venus very early in December when it will be only ~28% illuminated but being 39″ in size (~4x larger in apparent size than it was in April). However Venus will be very low down in the SW sky and as mentioned before a low and flat horizon would be ideal at this time depending on your location. The view below is a simulation of how Venus would appear near the year end with an 8″ SCT and 6mm Baader Classic Orthoscopic. 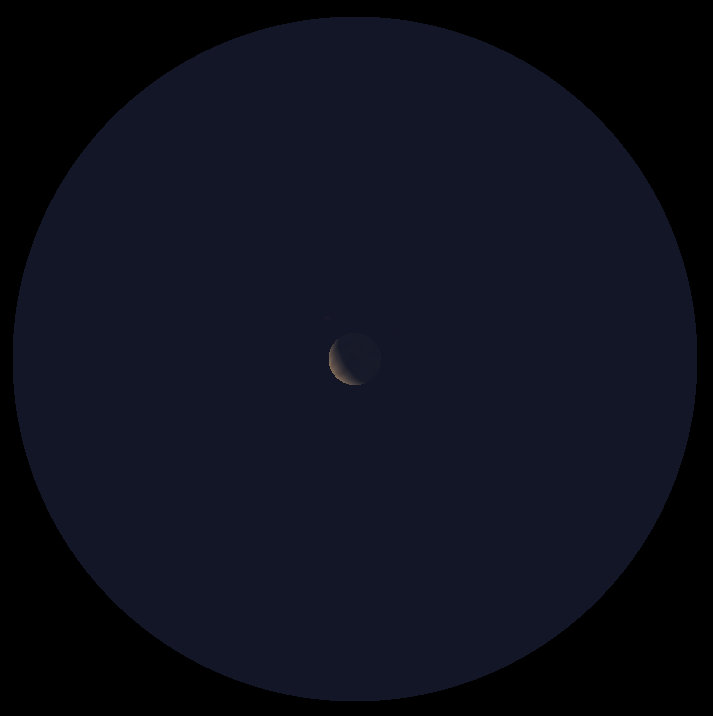 Orthoscopic eyepieces are a favourite with planetary observers and Baader’s Orthoscopic 6mm, 10mm and 18mm eyepieces are ideal for viewing Venus (as well as other planets too). These parfocal eyepieces, which are the same optical design as the old Zeiss Jena Orthoscopic models, have a 52° apparent field of view and have high-transmission multi-coatings on all the glass-to-air surfaces to give very sharp and high contrast views. 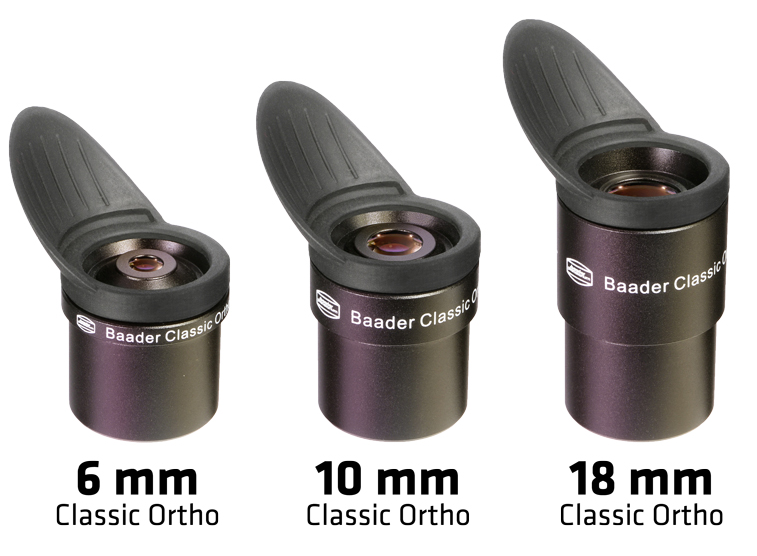 If you are using multiple eyepieces at the telescope, the Baader Q-turret eyepiece revolver which is available as an accessory on its own or combined with the full classic Orthoscopic eyepieces, 32mm Plossl and 2.25x barlow lens, makes simple work of swapping between different eyepieces (and magnifications) simply by rotating the turret to bring another eyepiece into the light path. 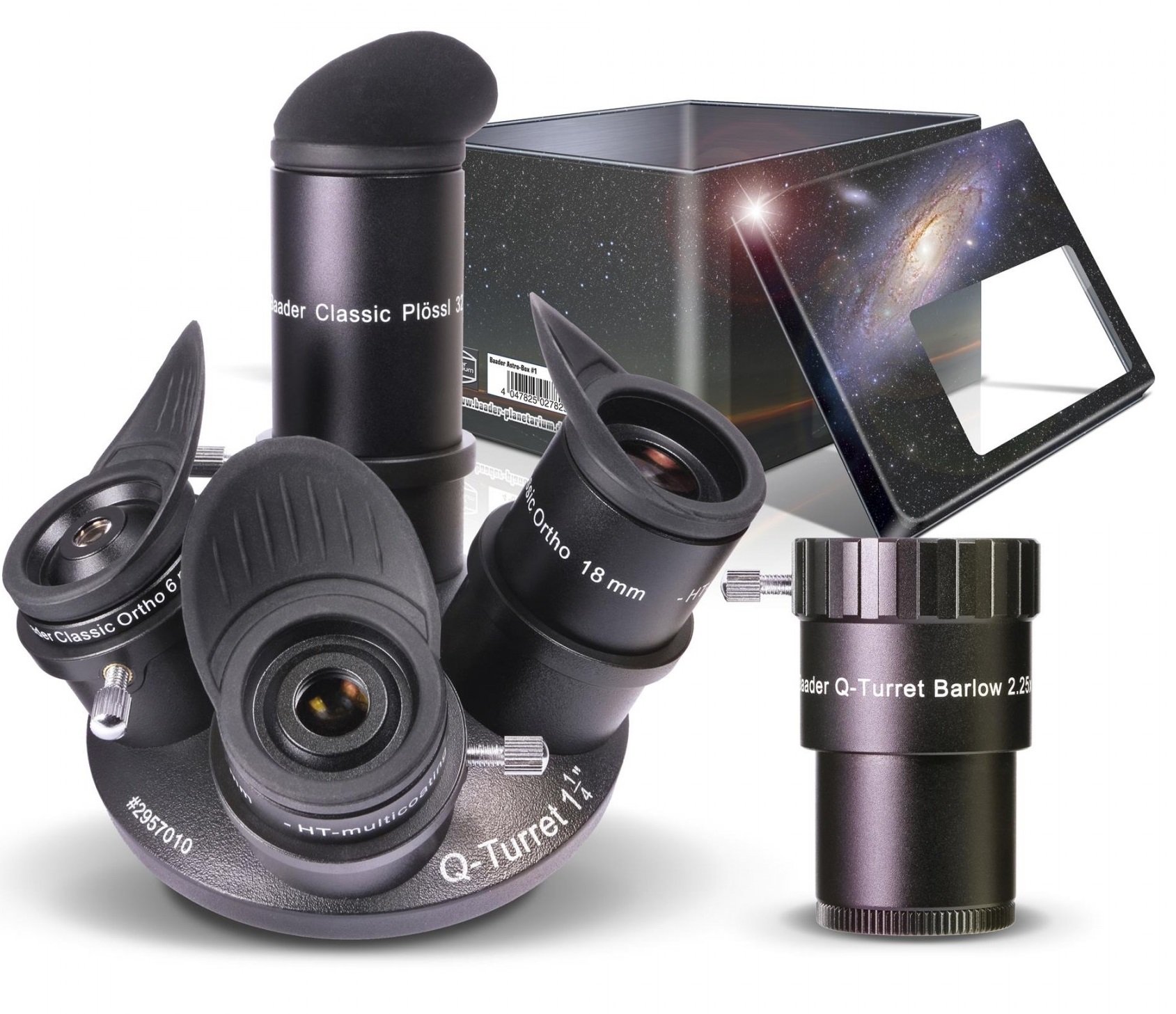 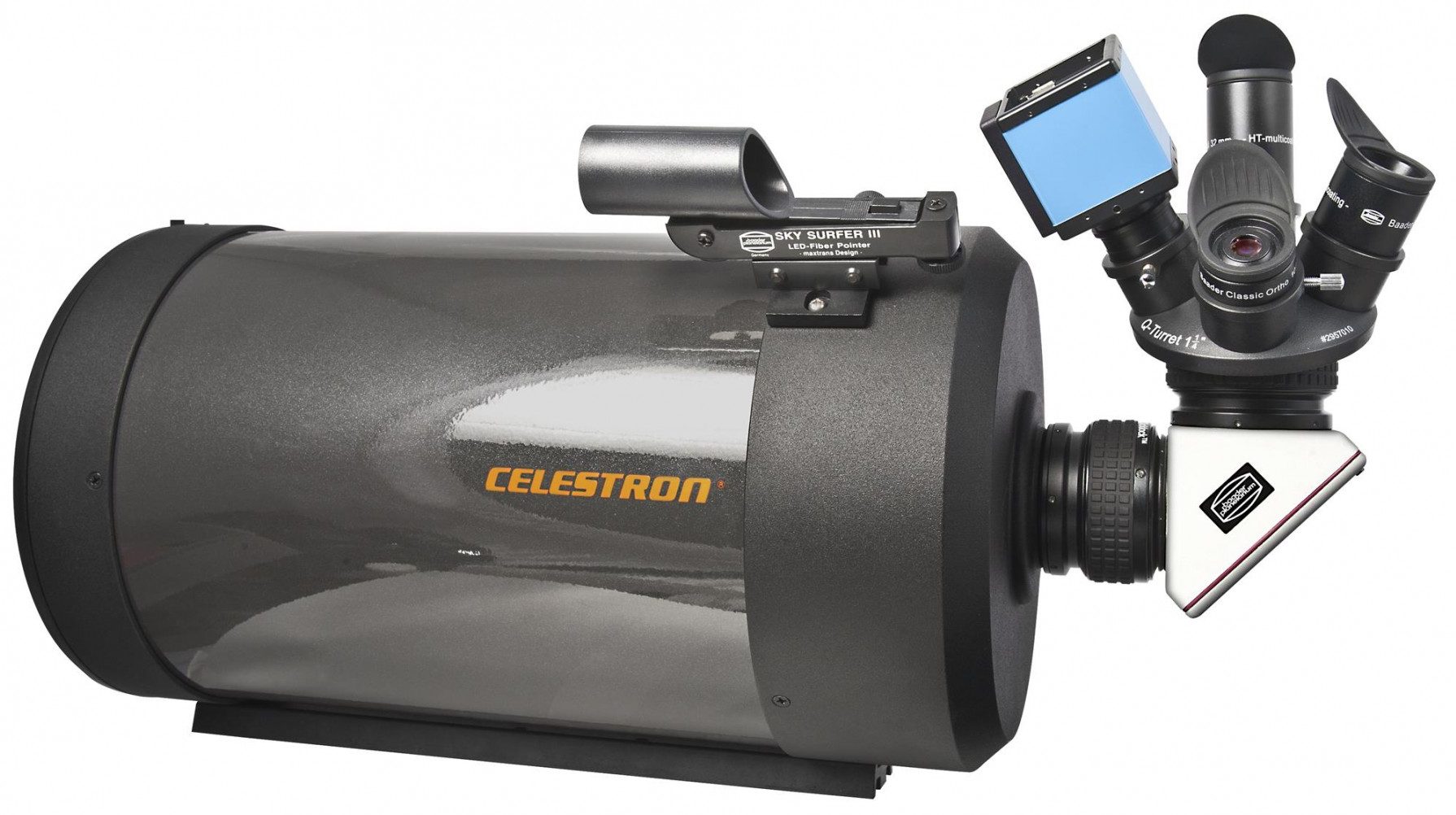 Venus is very bright in our sky and to cut down its glare you can use the Baader Double Polarising filter to vary the brightness of the planet through the eyepiece which may allow you see some cloud detail. This filter can also be used with a planetary imaging camera too. The filter is simply screwed into the barrel of an eyepiece, Q-turret nosepiece mentioned above or a nosepiece of an imaging camera. It is also possible to screw the filter into the nosepiece of a diagonal so it is not necessary to remove the filter when swapping between eyepieces. 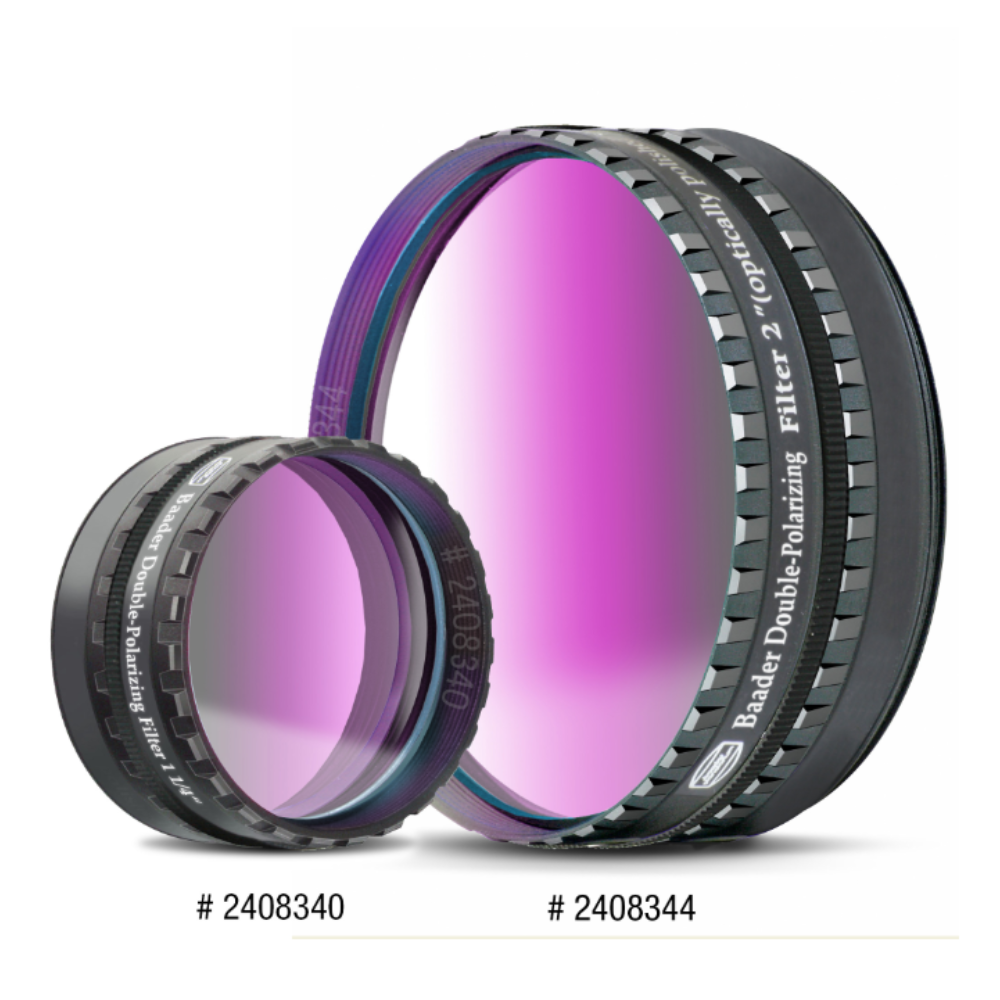 For those who want to image the planet, the Baader Venus U Filter, with a bandwidth of 60nm from 320nm-380nm and an 80% peak transmission, will allow you to record the Venus in the UV spectral region and capture cloud structures in the Venusian atmosphere with telescopes 5-6″ aperture and above (ideally recommended). 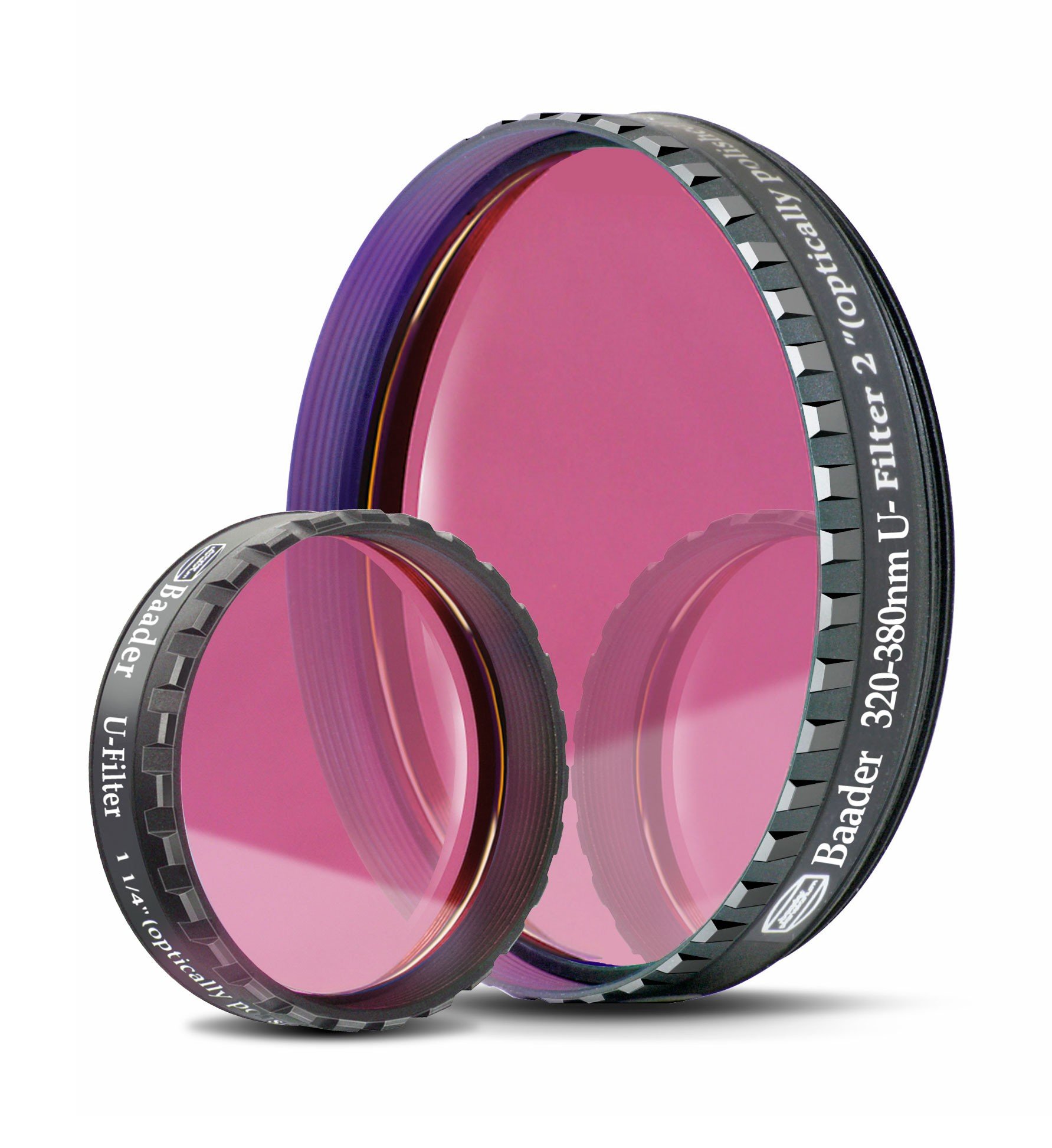 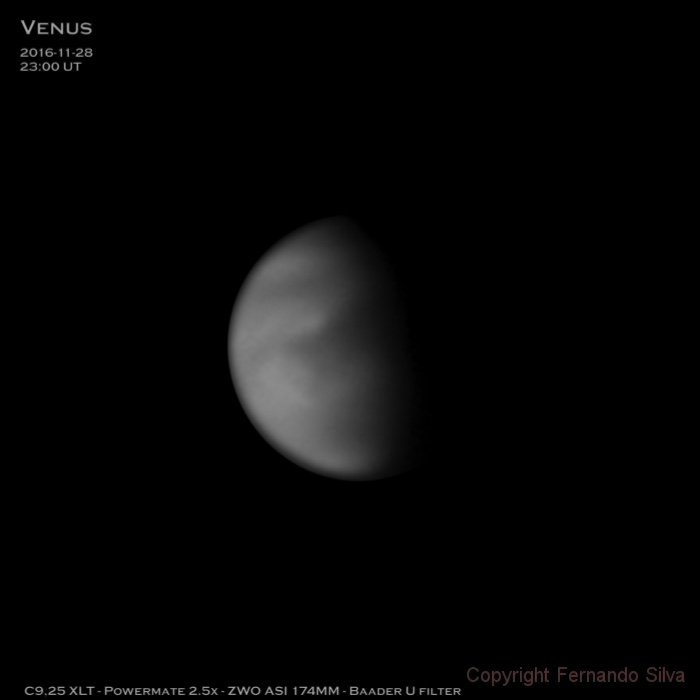 We wish you good luck in chasing Venus during the next few months and we look forward to seeing the results of your visual and imaging work.