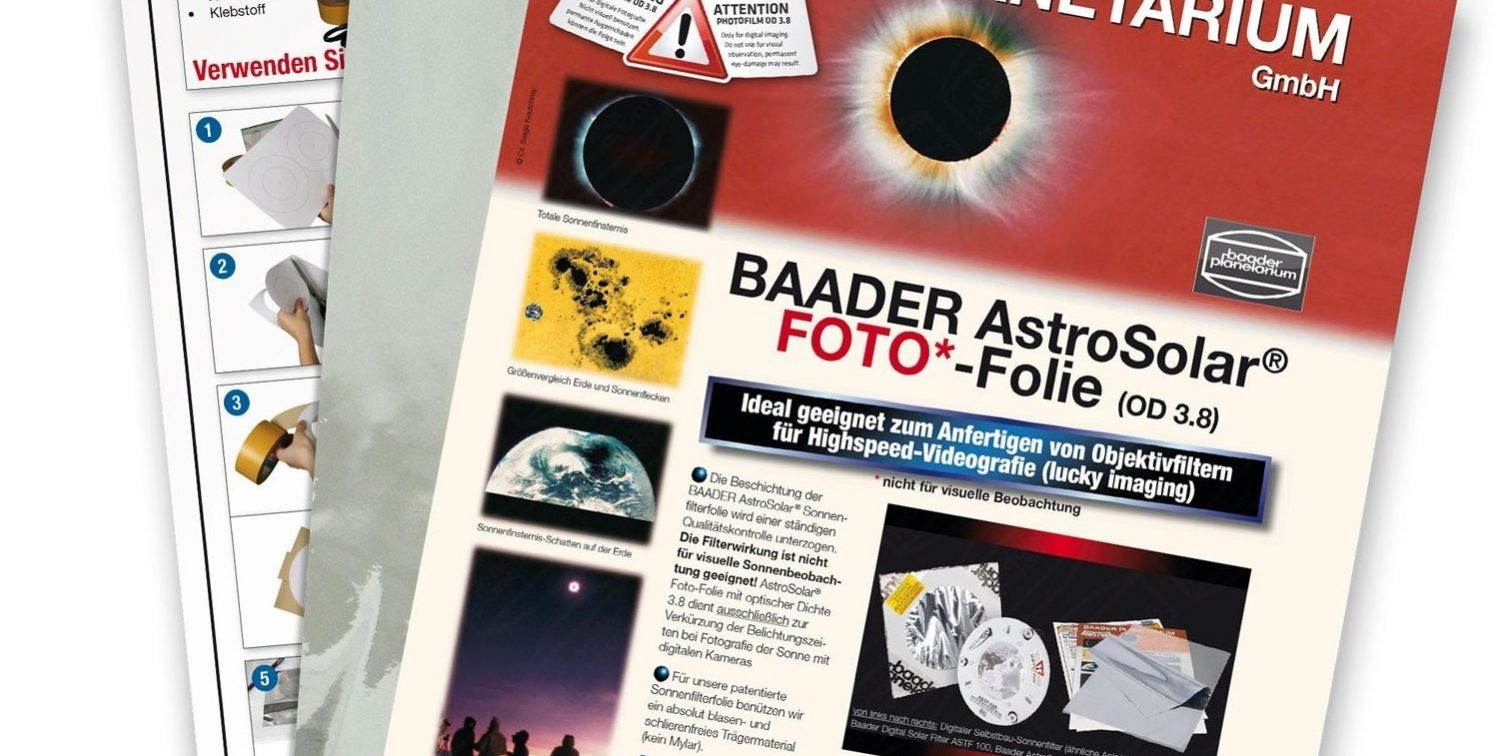 Baader’s ND5.0 AstroSolar film can be used to safely view and image our Sun. The most popular size is their A4 variant which allows you to make a full aperture filter for small camera lenses or telescopes or a sub-aperture filter for larger instruments and in some cases still have some of the film left over to make another filter or have some as a “backup”.

Baader also produces an A4 size version of their ND3.8 AstroSolar film. It should be made clear and stressed that this lower optical density (O.D) film lets in more light giving a brighter image and is only to be used for Solar imaging purposes and NOT for visual observation. The ND3.8 film allows you to use shorter exposure times (e.g. to potentially reduce camera shake) resulting in a sharper image when imaging the Sun at high magnifications or very long focal ratios.

As mentioned above the AstroSolar sheets allow you to make your own filter holder for your equipment. There are many designs for such a holder but you may find this link a useful guide. 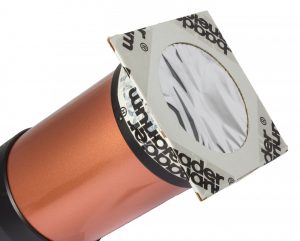 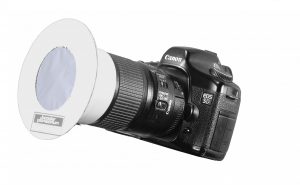 The ND3.8 film is available to purchase direct from ourselves or from one of our Baader Planetarium UK dealers.