The Celestron RASA 8″ was designed with small CCD cameras, colour astronomical CMOS cameras, and mirrorless cameras in mind. Of course one can use Mono cameras too. If you have multiple filters and want to swap between them during an imaging run, to take LRGB or narrowband (e.g. with Baader’s F/2 filters) taking the camera off the RASA to change filters can be time consuming and well, awkward or inconvenient.

Baader’s Universal Filter Changer (UFC) for allows you swap filters quickly and easily. Their range of telescope-side (and camera-side) adaptors allow for a wide range of different fitment combinations. Baader produce a low profile telescope side UFC adaptor that allows some popular imaging cameras, which have a back focus distance of ~13mm, to be used with the RASA 8″. 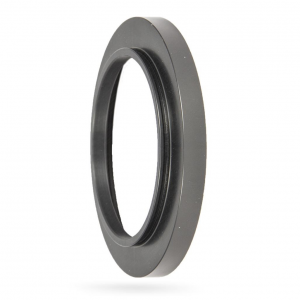 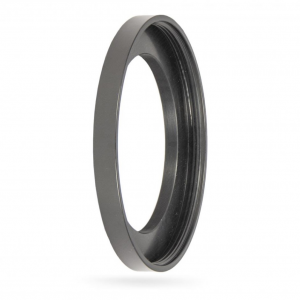 Unlike the Baader UFC telescope-side adaptors for the Celestron 11″ and 14″ RASA models (see image below) that are mated to the corrector lens group cell face-plate and secured with the RASA’s knurled retaining ring, this RASA 8″ telescope adaptor screws onto the male outer threads of the lens group housing itself. This allows the UFC to be placed nearer to the RASA 8’s lens group assembly. So to use this you would remove the RASA 8’s retaining, the supplied T-2 or C camera adaptor and then the clear filter, and then attach the UFC Base with its RASA 8 UFC adaptor in place. The adaptor has female M84 threads on the telescope side and uses Baader’s S70 dovetail on the UFC/camera side for secure fitment to both the RASA and the UFC Base. 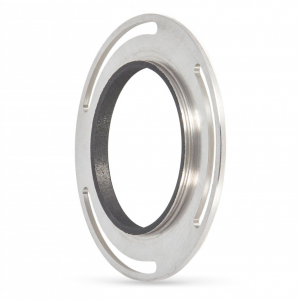 This S70 UFC adaptor itself only adds a minuscule 1.4mm to the optical path, but what is the overall optical length with the rest of UFC system in place?

The UFC Base has a path length of 13mm (thickness), and with the typical types of camera being used, the appropriate UFC camera adaptors (T-2/M48 etc) will be 2mm thick. This brings the overall optical length to be 16.4mm (i.e. 1.4mm [RASA adaptor] +13mm [UFC Base] + 2mm [camera adaptor]).

The RASA 8 without any of the camera adaptors attached (see image below) has a back focus distance of 29mm, so this leaves 12.6mm (i.e. 29mm [RASA 8 back focus] – 16.4mm [path length of UFC system]) for the camera back focus distance. A filter used in the light path in one of the UFC sliders would add 1/3 of the filter thickness to the back focus. Filters typically have 2-3mm thickness so using a filter will therefore add ~0.3-0.6mm. So this configuration is suitable for use with a wide range of popular imaging cameras with ~13mm backfocus.

Below shows an example set up using 2″ mounted filter slider (although other filter sliders can be used as they will not affect the overall optical path length of the system as the filter slider is “inside” the UFC Base chamber) and with a camera that uses a T-2 mount, and the new Baader RASA 8″ UFC adaptor. 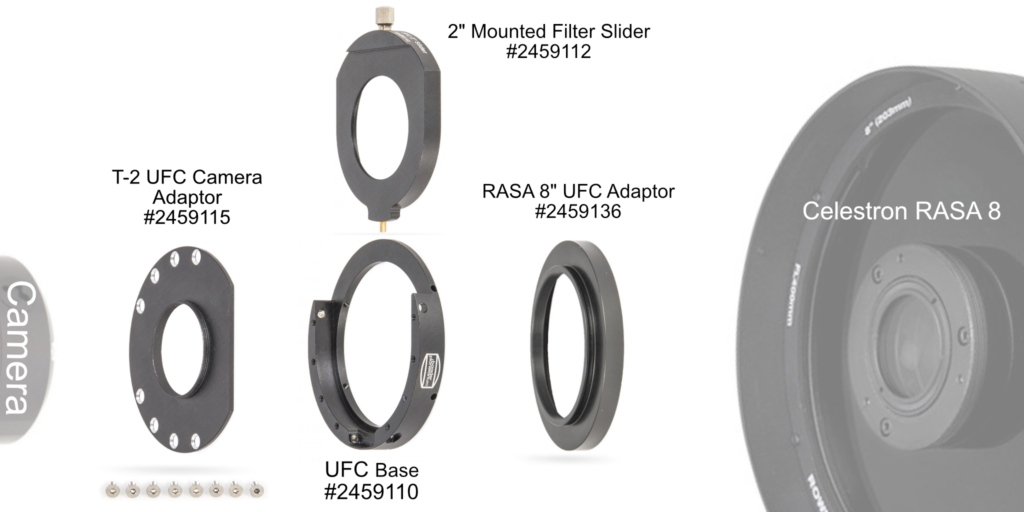 An example RASA 8 UFC Set Up

These RASA 8 UFC adaptor are in stock available directly from ourselves or from one of our authorised UK Baader Planetarium dealers.