Using the Baader Sky Surfer III as a binocular finderscope 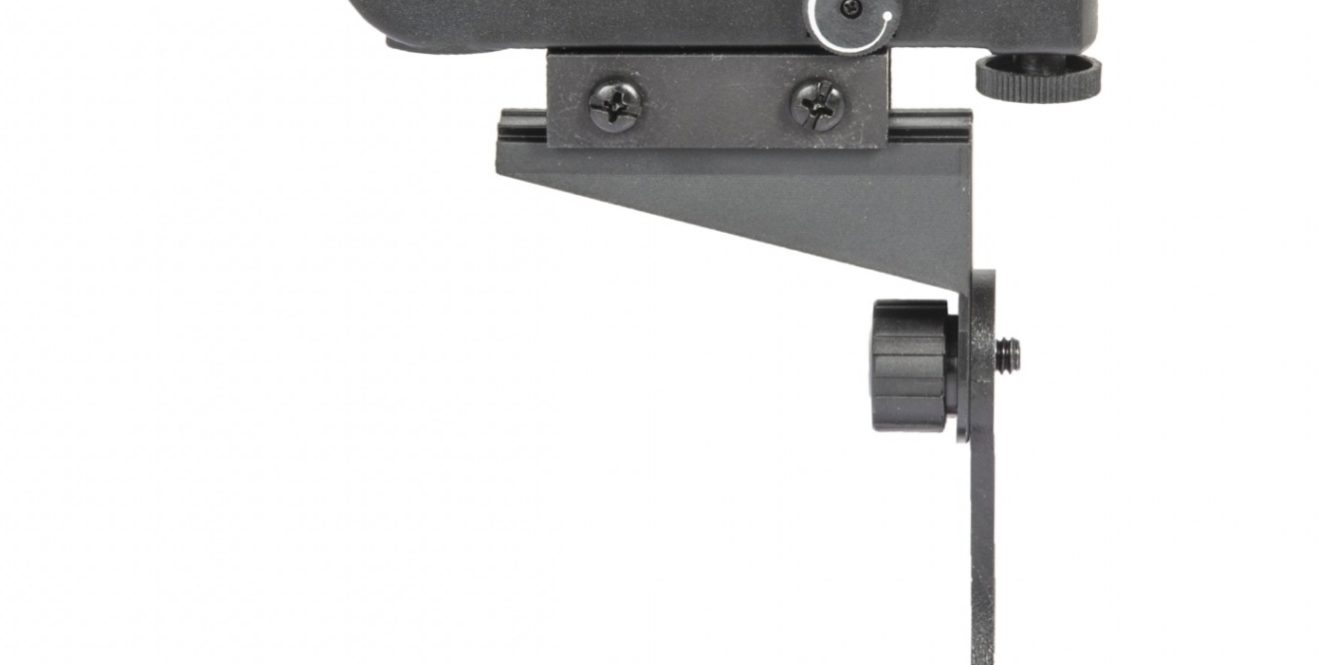 The Baader SkySurfer III is a very popular red-dot finder. It has a larger clear aperture than other similar style finders of 30mm rather than 20mm making it easier to use. It features longer front and rear dew shields to prevent fogging and a non-reflective front lens for improved red-dot visibility against a darker sky. The finder comes as standard with a large variety of mounting attachments for the Sky Surfer to be used on different telescopes. 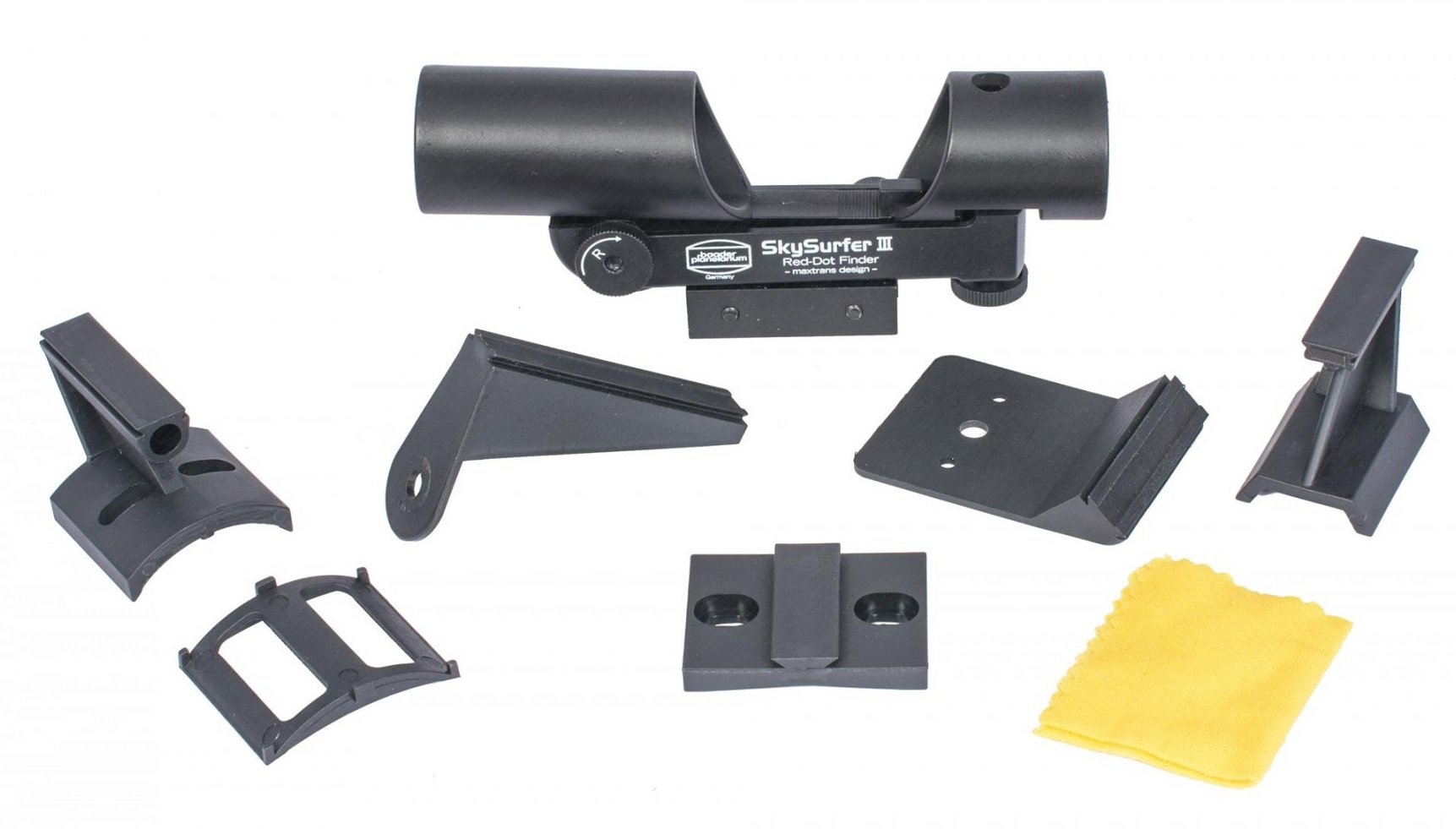 However there is one attachment that allows the Sky Surfer III to be used as a very useful binocular finderscope to help you locate objects quickly and easily when used with a tripod adaptor. 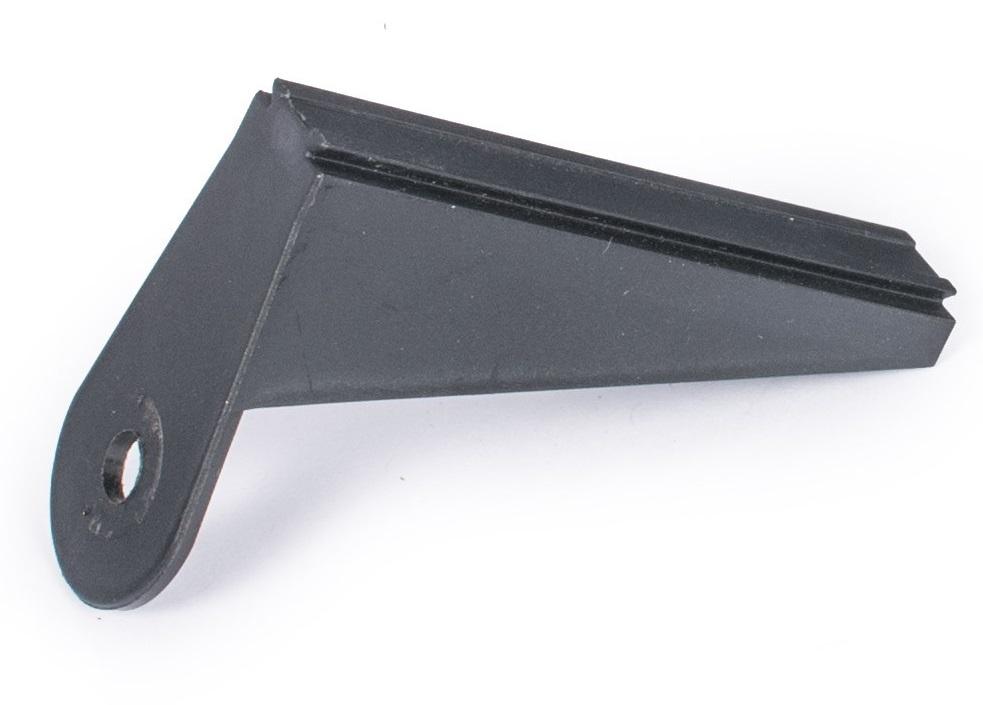 Baader’s Bino-Stronghold Binocular Holder is perfectly suited for binoculars. Its 4mm thick-steel construction means it is very robust and sturdy for holding heavy binoculars, such as Celestron’s SkyMaster 15×70 or 20×80 models, and its slim design means it can accommodate small interpupillary distances. 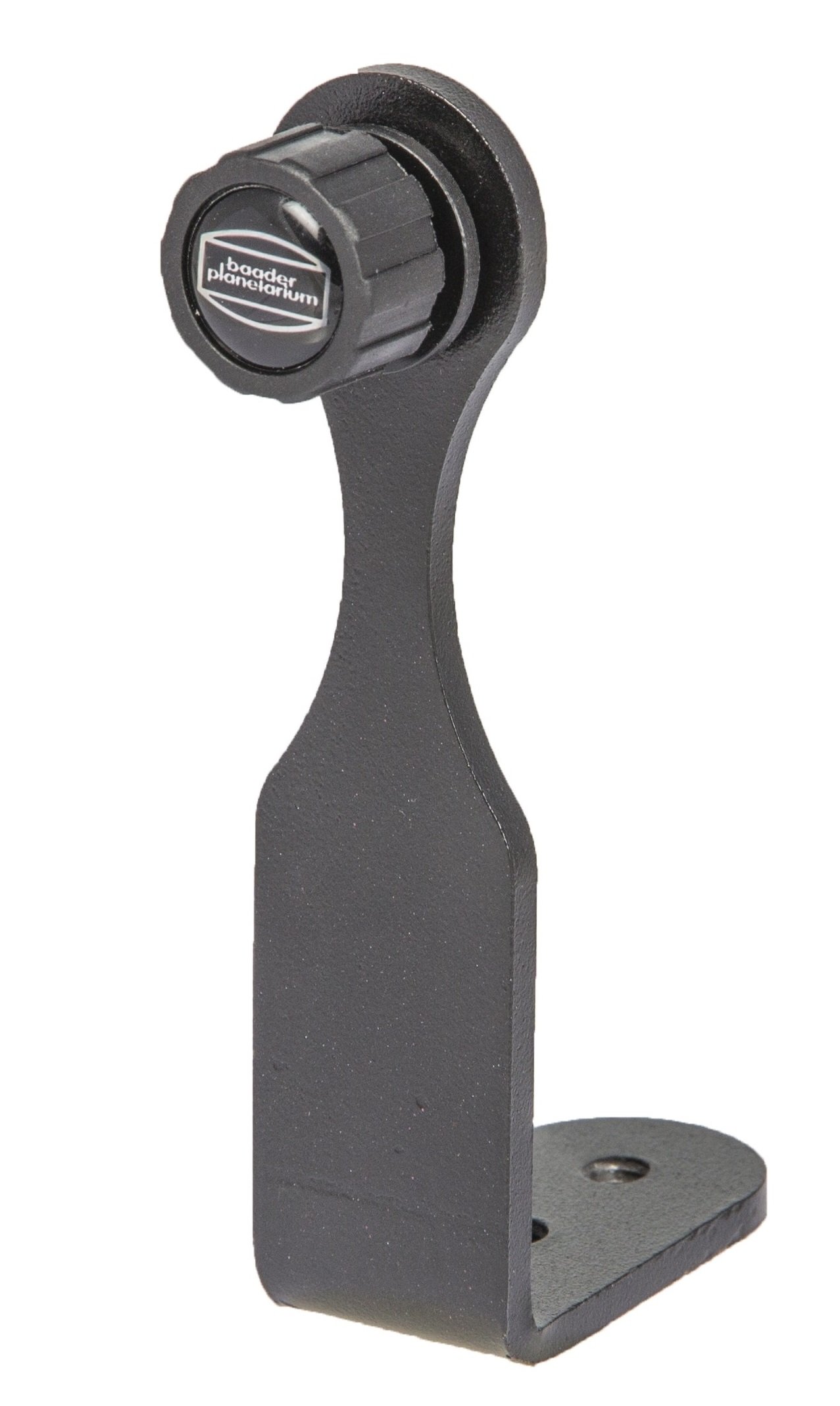 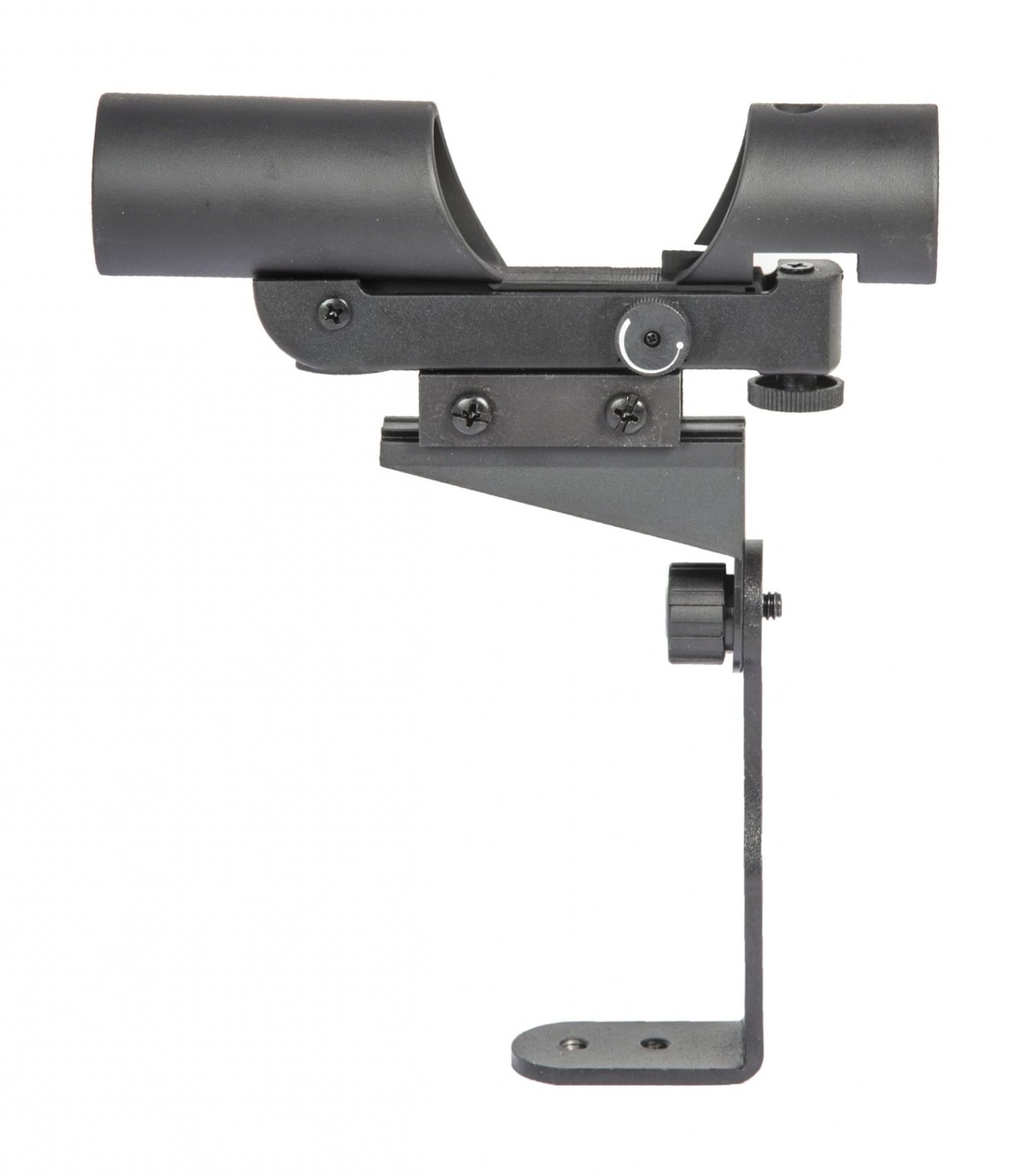 Next, attach the whole unit (above) to your binoculars, and then align the finder with the binocular view using the SkySurfer’s altitude/azimuth adjusters and you are ready to go. 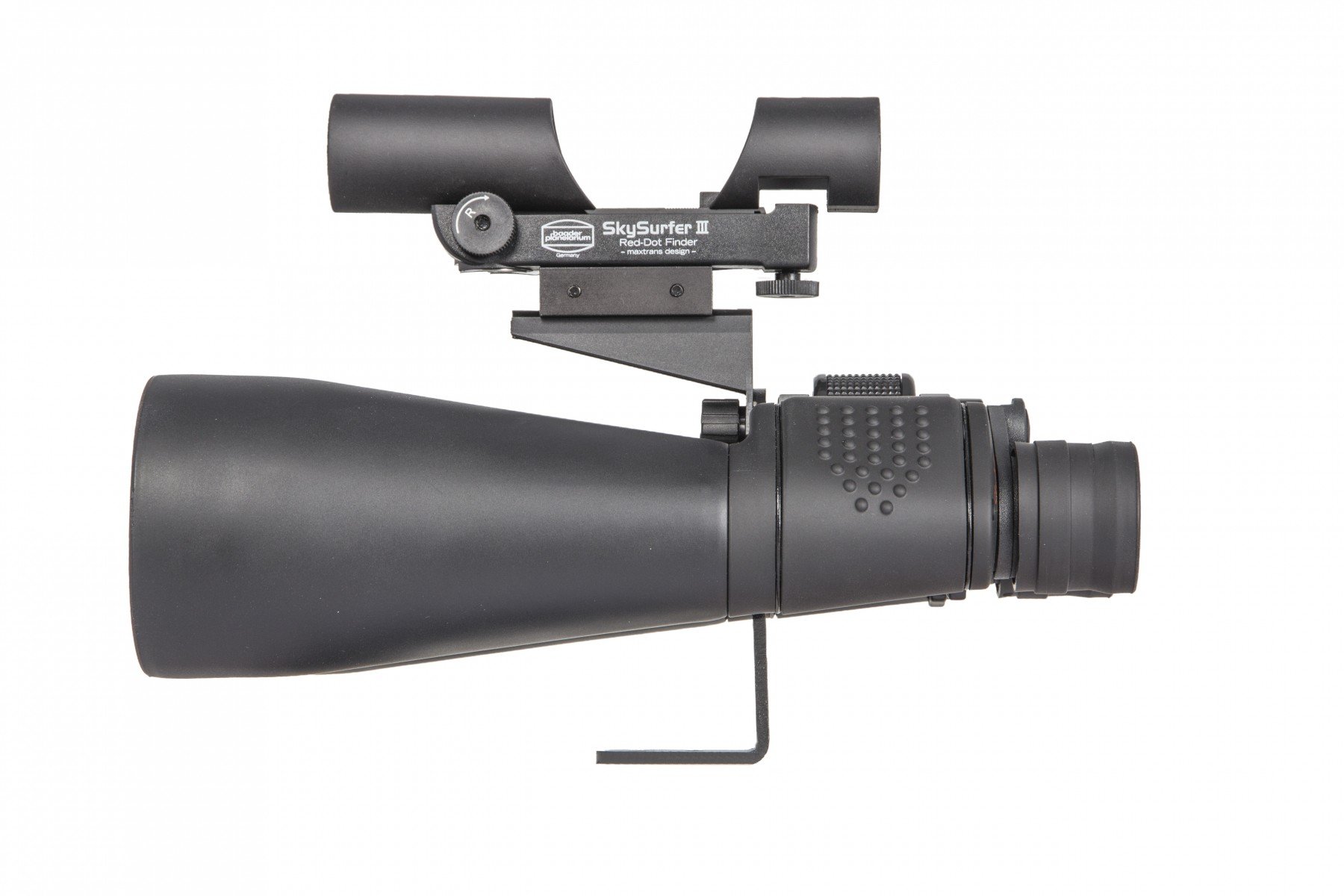 The Sky Surfer III and the Stronghold Binocular Holder are available direct from ourselves or from one of our Baader authorised UK dealers.