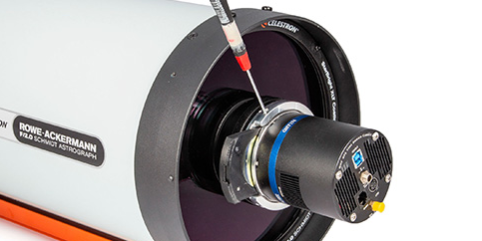 The Baader Universal Filter Changer (UFC) has has been around for a few years now and has proved to be a very popular useful accessory for astrophotography. It allows you to easily swap filters without the need of a filterwheel. Furthermore, for imaging applications where a filterwheel cannot be used – such as with the Celestron RASA or Starizona Hyperstar system – where the size of the filterwheel means a large blockage of light the UFC is invaluable.

When Celestron released the 8″ RASA in early 2019, a lot of enquiries were made on whether the UFC could be used with the astrograph. Most of the popular imaging cameras have flange-to-chip distances (backfocus) of 13mm and 17mm. With the RASA 8″ having only 25mm of backfocus with its supplied T adaptor, and with the UFC being 17mm thick (with camera and telescope side adaptors attached) the UFC could not be used even with cameras having ~13mm of back focus. Baader addressed this issue by releasing the RASA 8″ UFC adaptor – you can read more here for those cameras with ~13mm back focus. 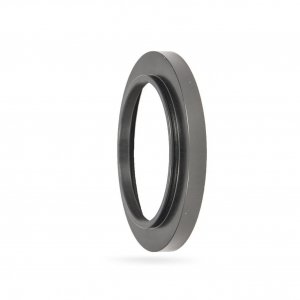 However for cameras with ~17mm flange to chip distances something else would be needed if you wanted to swap filters easily with the RASA 8″. Enter the Baader Filter Changers and Camera Tilter (FCCT). At the moment the item is still under development and testing. The FCCT can be thought about as a slim version of the UFC. It will directly attach to the RASA 8’s lens group housing (like the UFC with the new RASA 8 telescope adaptor) to allow the full 29mm of back focus to be utilised. However what makes this more than a filter changer is that it features an integral camera tilt adjuster, to compensate for any sensor tilt, in order to get the sharpest images across the field of view. The image below shows a prototype of the FCCT. 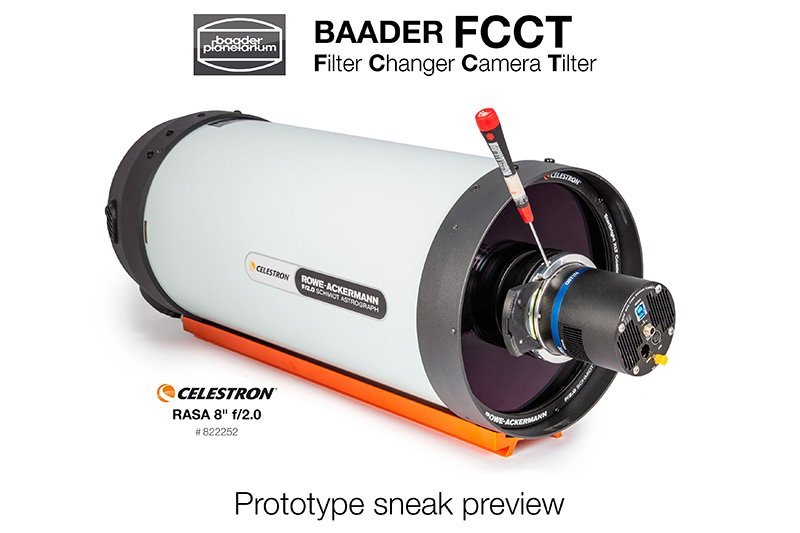 Once we get more details and an up-to-date image(s) of the unit, along with pricing and availability, we will let you know.