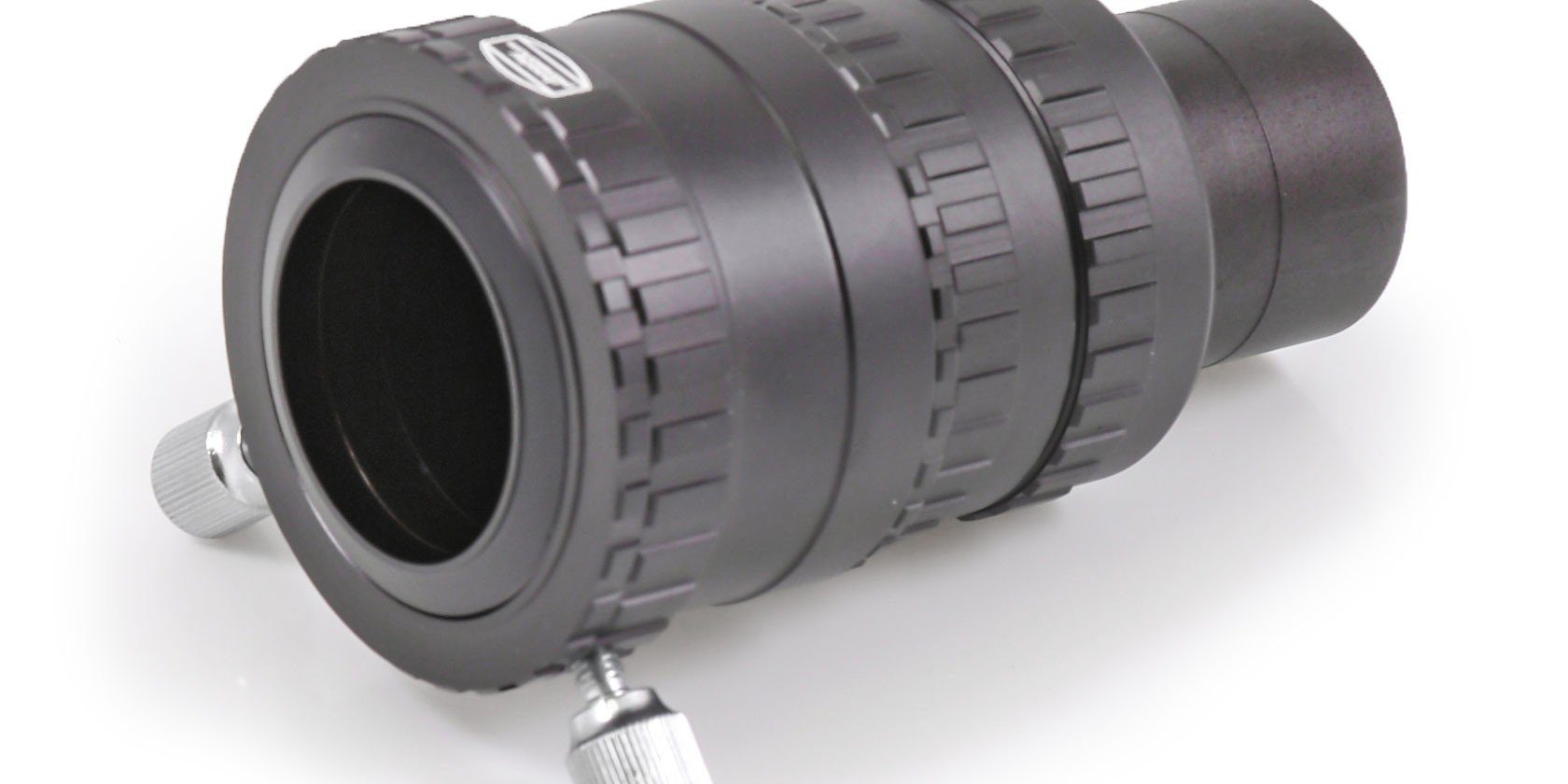 Barlow lenses are a very useful addition to any visual observer or Lunar/planetary imagers’ “tool-kit”. If you have a set of eyepieces, by using a barlow you can immediately expand the magnification range that they offer. For a Solar system imager you can increase the image scale so the target is larger on the camera sensor allowing you to potentially capture more detail.

Baader Planetarium offer a selection of barlow lenses. One of their offering is called the Baader VIP barlow lens. It sounds very important having the letters “VIP” as part of its title, but the “VIP” simply stands for VIsual and Photographic, so as its name suggests its a versatile barlow that can be used for both purposes.

Unlike typical barlow lenses which are housed inside a fixed length tube, the VIP barlow is modular in its configuration and it comes with a range of adaptors/spacers as standard. From top to bottom: 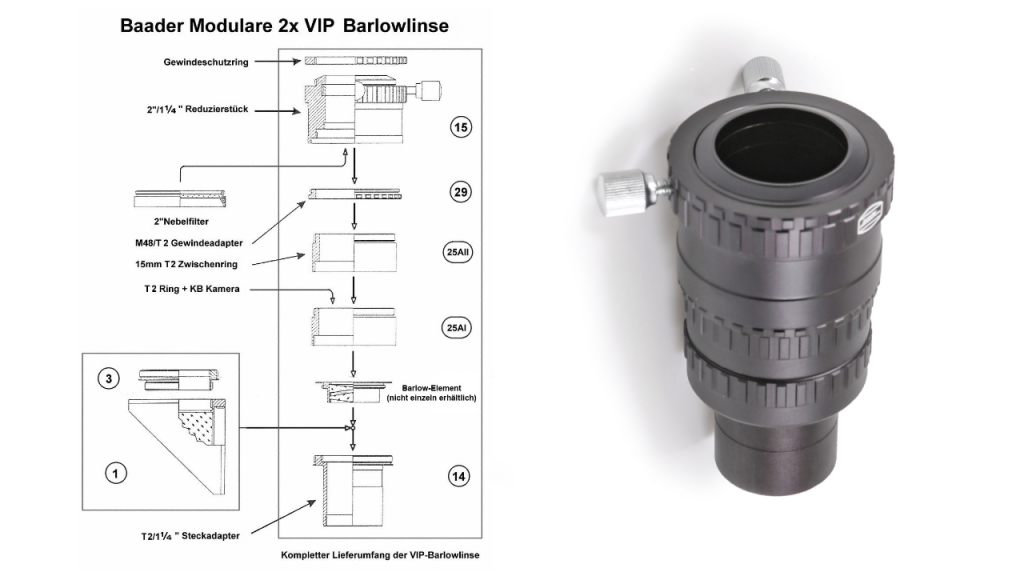 Although the barlow has a 2x image amplification factor, the actual magnification depends on how far your eyepiece field stop (or camera sensor) is placed from the barlow element. This is the reason for its modular build. For example removing one of the 15mm spacers will bring the barlow close to an eyepiece (or sensor) and it results in a (lower) magnification of 1.76x. By adding additional extension tubes, such as the Baader 40mm extension, the barlow is at a greater distance from the lens and in this example the magnification increases to 2.6x. If you are interested in how to calculate the magnification(s) with different spacing options you can read more here. For those interested in imaging, this VIP-Barlow was designed for 35mm-film, so it also works fine with current full-frame DSLRs (24x36mm).

It should be pointed out that in the diagram above, the barlow lens element appears similar in apprearance to a GlasspathCorrector. This is a 2x barlow lens and it has nothing to do the 2.6x glass-path-corrector lens that Baader offer exclusively for binocular viewers.

The VIP barlow is available from one of our Baader Planetarium UK authorised dealers.