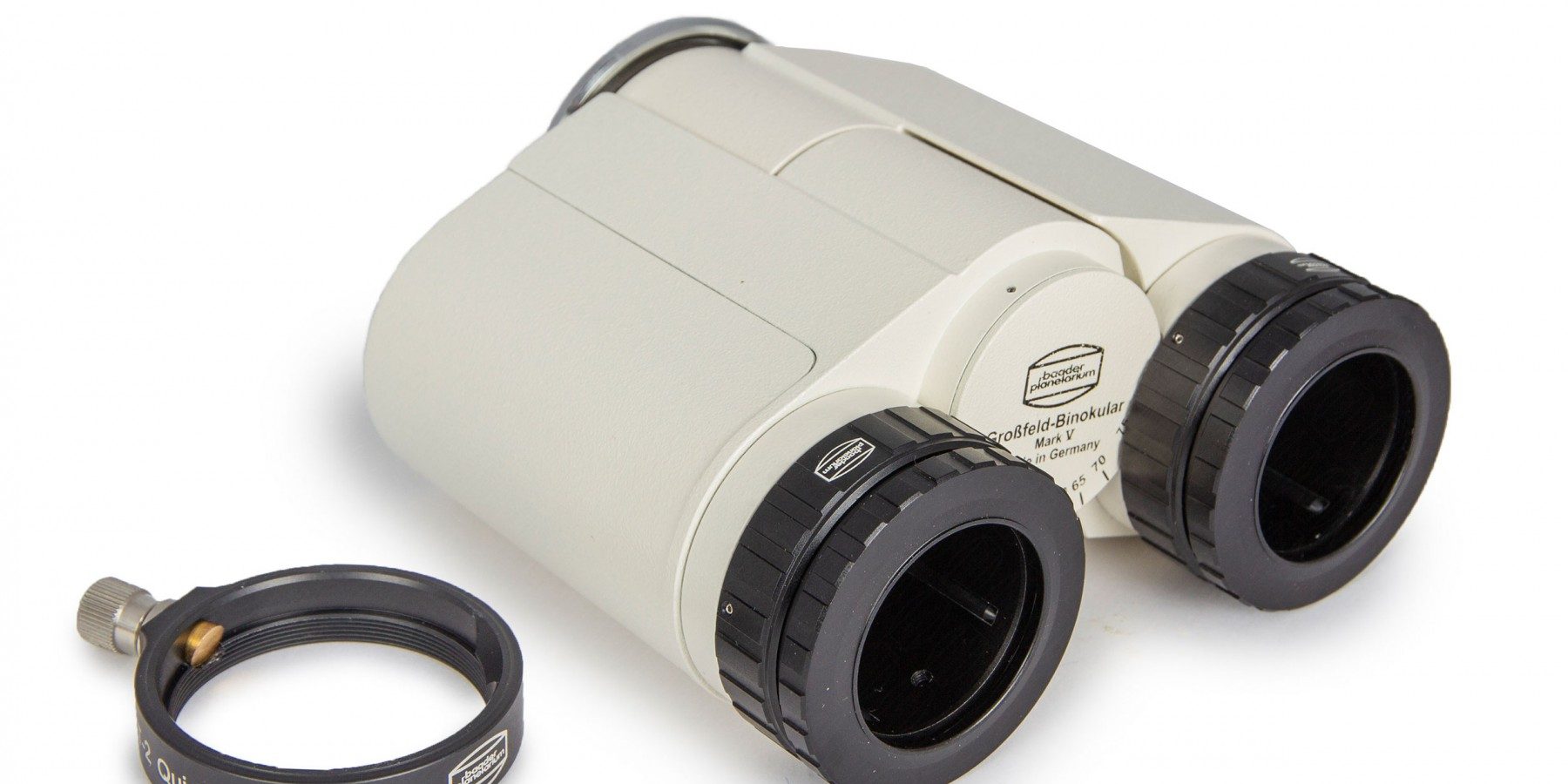 We now have a small quantity of the very high quality Baader Mark V Großfeld (Giant)-Binocular Viewers in stock (as of 12th November 2020). These all-metal housing German-made models are the fifth incarnation of the Carl Zeiss giant binocular viewers with 30 mm prisms with 7-layer anti-reflective multi-coatings on all air-glass surfaces. The binoviewers feature individual eyepiece dioptre focussing and have Baader’s ClickLock self-centring eyepiece clamps which only require a small ~20degree turn to securely hold your eyepiece(s) in place. It comes supplied with the Baader Heavy Duty T-2 Quick Changer that not only allow you to quickly and easily remove the binoviewers from your telescope or optical accessory but also allow you to use them with a wide range of Baader optical accessories such as their diagonals or Solar Herschel-wedge, making them very versatile. 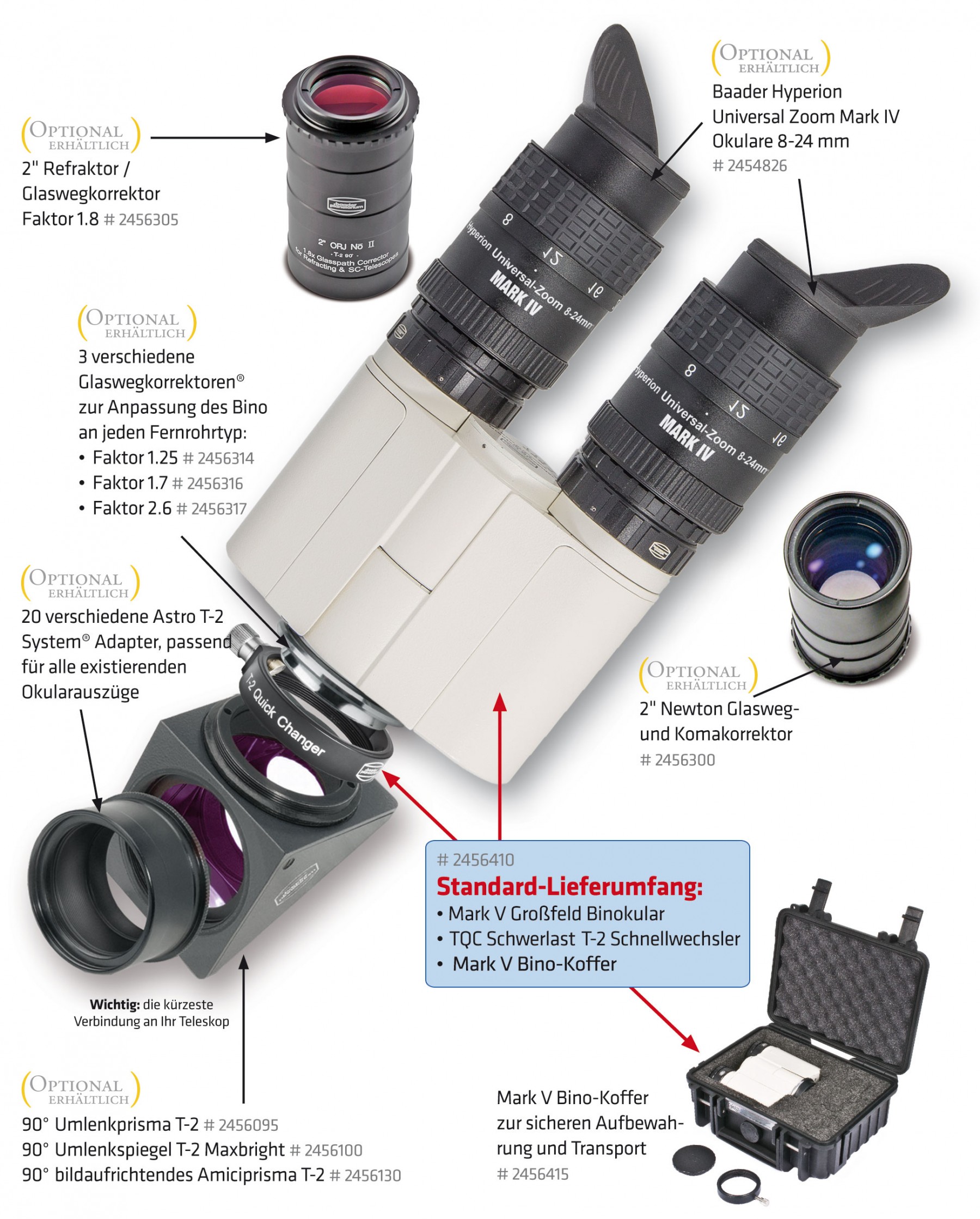 Furthermore they can be used with Baader’s GlassPathCorrector range which corrects spherical aberration and removes the colour aberration which will occur because of the long light-path through the binoviewer glass if they are used in fast f-ratio telescopes.

Baader also offer their less expensive (but currently out of stock) Maxbright II binoviewers and they recently released a table of the most important differences between them:

For more information related to the above table see here. 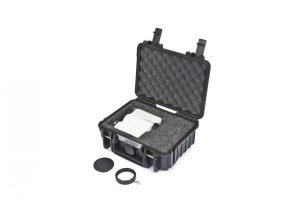 If you want to find out more about the binoviewer, its use and ways of attaching them to your telescope or Baader accessories you can read the Mk V user guide.

Don’t forget you need two identical eyepieces to use with a binoviewer. Baader’s widefield 76 degree AFOV Morpheus eyepieces have been designed with narrow bodies for binoviewer use.

The MK V Binoviewers come with the Heavy Duty T-2 Quick Changer and protective case and are available to purchase from us here.