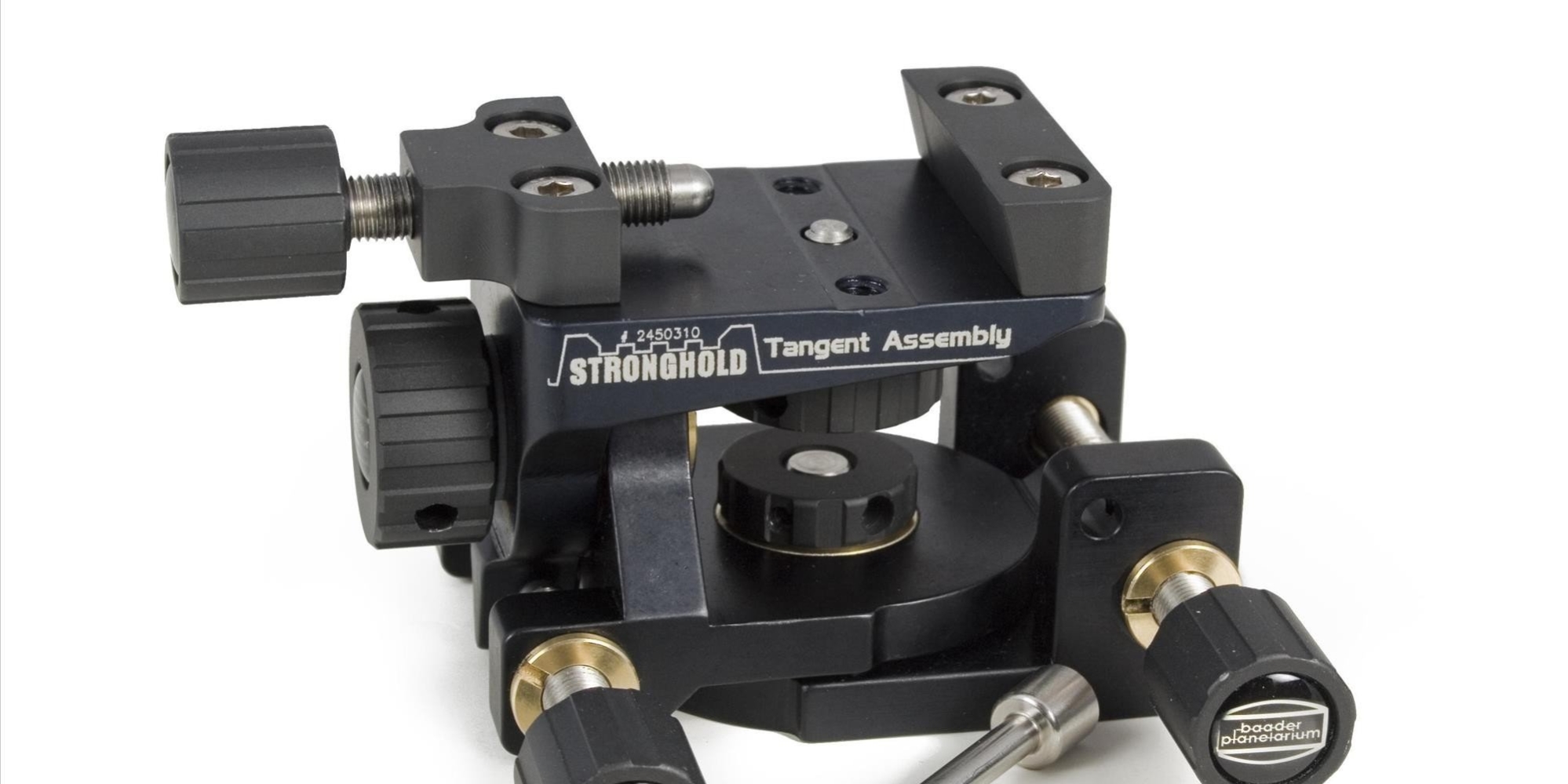 Baader Planetarium offers a very well engineered adjustable mounting accessory that is ideal for attaching telescopes, guiding telescopes and heavy telephoto lenses (all up to a total payload of 7kg) safely and securely to your main telescope or mount. This mounting device is called the Baader Stronghold Tangent Assembly. It is made from hard anodised aluminium and available in a smart matt blue or the usual black colour – choose one to suit your telescopes “colour scheme”. 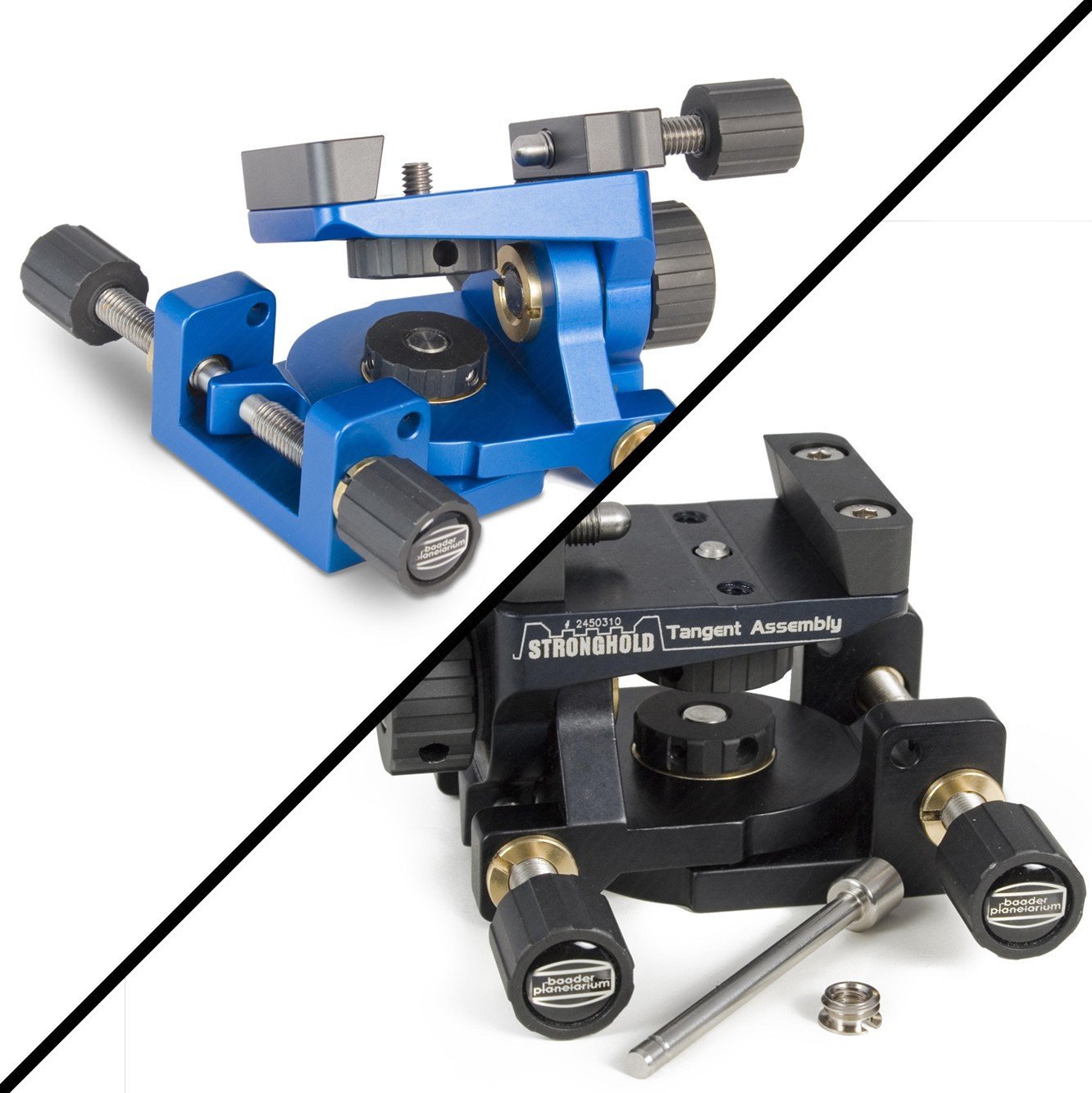 The ALT/AZ fine adjustment is done by means of loosening (“backing off”) one adjustment screw and rotating the opposite screw which then pushes against a protruding section of the ALT/AZ unit. The loosened screw can then be re-tightened to keep the ALT/AZ axis in position, which can be further firmly secured by tightening the ALT/AZ locking thumb screws with the supplied locking dowel. The photo below shows the two ALT adjustment screws, the range of ALT adjustment and the ALT locking thumscrew. At the top is the locking screw for the dovetail clamp. 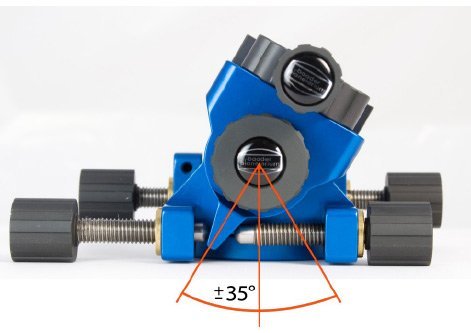 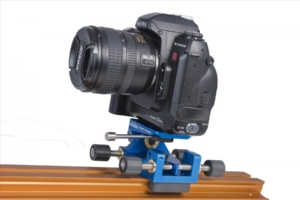 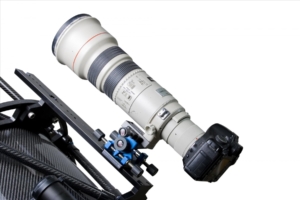 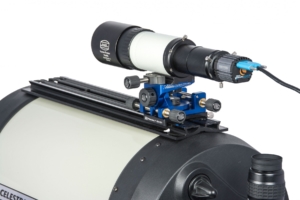 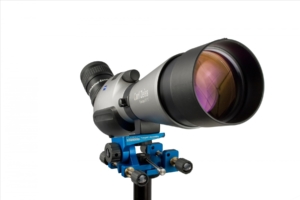 ..And finally. Dual-rig set ups are becoming popular for astroimaging. If you want to mount two telescopes or a camera with a long telephoto lens and a telescope, in a side by side configuration, you may want each field of view centre to match, or be offset. The Baader Stronghold is ideal for such use. Simply attach one optical instrument to a fixed dovetail clamp and the other optical instrument to the Baader Stronghold and adjust as necessary. The image below shows such an example: a Baader Losmandy bar (which would be attached to a mount) with a fixed dovetail clamp on one end and the Baader Stronghold on the opposite end. 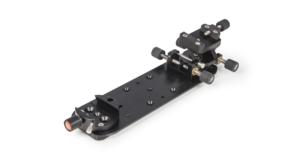 We will take a closer look at the Baader Stronghold in a follow up blog soon!!